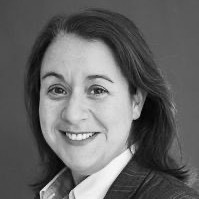 Alexia has been practising at the bar for 25 years, specialising in Criminal Law, Advocacy and Vulnerable Witnesses. She started her practice on the Western Circuit at 2KBW, then to Broad Chare (now Dere Street) Chambers in Newcastle-upon-Tyne, before returning to the South-East where she continues to practice, specialising in criminal defence work at the highest level. She also practices Family Law specialising in Public Law children cases.

She was an External Examiner on the BPTC for 8 years and has been an Advocacy Trainer with the ICCA (ATC) for over 15 years. She has been a Pupillage Supervisor since 2005 and is also a trainer on the Vulnerable and Child Witness course. She is an examiner for Higher Rights of Audience for the SRA.

Following a recent experience in a lengthy drug trial she has a keen interest and in-depth specialist knowledge of County Lines, the increasing exploitation of children, the role of the NRM (National Referral Mechanism) and the need for training for lawyers in this important and expanding area of Criminal and Human Rights law.

Alexia joined City to teach on the BPTC/BVS in January 2020. Her long and ongoing experience at the Bar enables her to keep her teaching up-to-date and provide the students with a flavour of current practices including the use of the Digital Court System, Cloud Video Platform and Vulnerable Witness Training. She believes in ensuring the barristers of the future have the best possible training so that they can pursue a fulfilling career. She is involved with the Pupillage Advisory Service as well as running advocacy workshops for those students preparing for interviews.

She also has a particular interest in the psychology of Crown Court Trials and hopes to be able to undertake research in this area in the future.