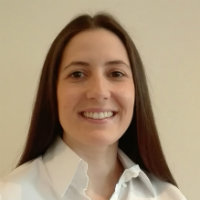 Dr Katerina Bourazeri received her PhD in Electrical and Electronic Engineering from Imperial College London. She joined City, University of London as a Research Fellow in 2017. She holds a Masters degree in Internet and Wireless Computing from York University and a Bachelors degree in Computer Science from University of Piraeus.

Currently, she is working on the EPSRC-funded SCAMPI (Self-Care Advice, Monitoring, Planning and Intervention) Research Project exploring new forms of computerised toolkit that will allow someone living in their own home with a chronic condition such as dementia and/or Parkinson's, together with their relatives and carers to self-manage both their care of the condition and life with it.