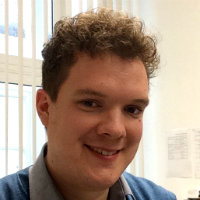 Dr Adam Harper is a musicologist and music critic specialising in historical and contemporary ideas surrounding 'progressive' music of the twentieth and twenty-first centuries and their technological platforms.

He has written about new electronic and acoustic music spanning popular, classical and experimental styles for Tempo, the Wire, The Fader and Resident Advisor, and has been invited to lecture on the subject internationally, including at New York University, the University of Oxford, Oxford Brookes, the Darmstadt International Summer Course for New Music, the University of Nottingham and the University of East London, and at festivals such as Berlin's CTM and 3HD festivals, Unsound in Krakow, Rewire in The Hague, Rokolectiv in Bucharest, Robot in Bologna and All Tomorrow's Parties in Minehead. He is the author of Infinite Music: Imagining the Next Millennium of Human Music-Making (Zero Books: 2011)

Prior to joining City in 2016, Dr Harper taught on a range of approaches to studying music and its history at the University of Oxford (2011-2016) and Oxford Brookes University (2015).

Dr Harper is a musicologist and music critic specialising in historical and contemporary ideas surrounding 'progressive' music of the twentieth and twenty-first centuries and their technological platforms, particularly the role of aesthetics in forming the intersection between sound and ideology (particularly countercultural ideology). Taking in rock, pop, electronic music and contemporary composition, this research bridges 'popular,' 'classical' and 'experimental' musics, and as such prefers to avoid those terms where possible.

This has meant examining the ways in which the perceived sonic effects of aging technologies such as tape and vinyl have been used to convey distance from contemporary culture (my PhD was entitled 'Lo-Fi Aesthetics in Popular Music Discourse), but also looking at the ways in which the perceived psychological effects of digital technologies such as the Internet have been or can be linked to certain musical characteristics.