Research undertaken by City University London academics has helped courts better assess the loss of earnings suffered by people who have had accidents.

Every year thousands of people make claims in the civil or criminal courts for compensation following accidents or negligence which has damaged their ability to work. Their compensation is often in the form of a lump sum based on the loss of future earnings as a result of their injury, and the amount is calculated using the Ogden Tables, actuarial tables recognised by the UK Courts for the calculation of compensation for the loss of future earnings in cases of personal injury or fatality. However, these tables had been criticised for being crude, and for under-rewarding some claimants. Academics from Cass Business School at City, Zoltan Butt, and Professors Steve Haberman and Richard Verrall have created a better model for calculating compensation which has resulted in fairer - and often higher - payments.

Compensation awards for those left unable to work because of accidents of negligence have traditionally been based on the salary of the claimant at the time of the accident and on the likely length of time that he or she might otherwise have worked until final retirement.

However the traditional methodology was very rigid and did not allow for the inclusion of several key factors which have a profound effect on the expected working lifetime. As a result, the calculation of injury compensation was sometimes inaccurate, as it did not take into account the diminished working prospects of impaired claimants, and hence, often unfairly low.

To address this Dr Butt and Professors Haberman and Verrall used a dynamic modelling methodology, which included factors that had previously not entered the calculations, such as employment status, any previous disabilities and educational attainment, to improve the way compensation is calculated. This is a new and structured approach, which is based on recently available data from the UK Labour Force Survey, and uses information about current age and economic state to better predict the chances of being out of work in the future.

These factors were found to have a  crucial impact on future working patterns. By allowing these to enter into the calculations, the new approach produces a more accurate and fairer system for calculating future loss of earnings due to injury, and therefore a fairer level of compensation. 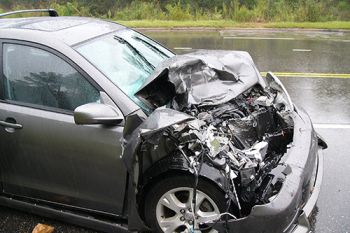 The methodological framework developed by the City academics provides a simple and robust way to estimate the likely length of remaining working lifetime, known as worklife expectancy, which is directly applicable to the assessment of damages in courts. The research feeds directly into the 6th and 7th Editions of the Ogden Tables, which is used extensively in the UK Courts to evaluate the size of the awards. The UK insurance industry, which also uses the Ogden Tables to settle a large number of personal injury claims, arising from motor vehicle accidents, has also been affected. This has impacted on the motor insurance premiums that we all pay.

The research has vastly improved the way that compensation claims are assessed, allowing the UK Courts to account more accurately and systematically for the factors that are proven by this research to affect the length of a claimant's future working life. In particular, as a direct result of this study, those with a disability, particularly if it was the result of an accident rather than existing from birth, and people with lower educational attainment now receive higher - and fairer - compensation than before.

Seventh edition of the Ogden Tables