The true cost of social care

Research from City University London has helped shape policy around how to pay for long-term care in the UK.

As the world faces a rapidly ageing population and the cost of providing care for the elderly mounts up, finding the best way to finance this service has become a global challenge.

Since 2002, Professor Les Mayhew and Professor Ben Rickayzen have been conducting research into ways that the public and private sector might combine to provide this care.

This theme was developed by comparing the UK system with those used in Germany, Japan and Sweden. They concluded that a "mixed system" of public and private funding would best suit the UK.

Professors Mayhew and Rickayzen also looked at LTC insurance. Very few insurance companies ever offered pre-funded LTC insurance in the past and none does now. This is because the premiums tended to be high and so the products were unpopular. Their research identified several possible new products which could be developed, such as disability-linked annuities (DLAs), which pay a standard annuity while the individual is relatively healthy and increases to a much higher amount if and when the individual subsequently requires care. 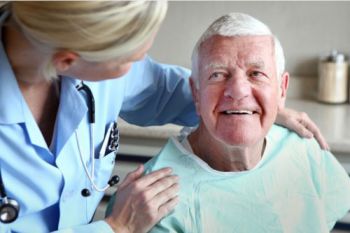 DLAs and the academics' other suggested options have received considerable interest from government and industry. These other options include Personal Care Savings Bonds (PCSBs) and top-up insurance. PCSBs are like premium bonds (with prize draws) but the bond is used to pay for LTC (or paid on death if no LTC was required). Top-up insurance is the notion of buying insurance cover which fills the gap between state provision and actual LTC costs.

Professors Mayhew and Rickayzen have been heavily involved in shaping government thinking on LTC. In January 2010, Mayhew was commissioned by the Prime Minister's Strategy Unit to look at the impact on the wider economy of increased longevity, healthy ageing and the ability to work longer. Using a purpose-built demographic-economic model, he identified the scale of the problems facing public expenditure along with potential strategies for managing the problem. This study was widely circulated at senior levels in Whitehall and presented to senior officials and was the subject of two public debates in London and Edinburgh organised by ILC-UK in conjunction with the Actuarial profession.

Professors Mayhew and Rickayzen's work has helped to stimulate policy debate on ageing and the cost of long term care within central government, local government and the insurance, pensions and health care sectors

From 2005 to 2009 Mayhew advised Brent Council on its 'Integrated Care Co-ordination Service', a Â£1.6 million pilot funded under the 'Partnerships for Older People Projects'. It was developed to show how early intervention and working with the private sector could improve lives and reduce the costs of health and social care.

Mayhew is also working with the independent 'think tank' Demos on a new family of affordable equity release products designed to help people pre-plan their care and he has recently presented his initial ideas at fringe meetings at the main party conferences. With David Smith, an actuarial Cass colleague, he recently launched a related proposal called the Equity Bank, which would enable older people with housing assets but only limited income to boost their income by drawing down the value in their home.

Professors Mayhew and Rickayzen's work has helped to stimulate policy debate on ageing and the cost of long term care within central government, local government and the insurance, pensions and health care sectors.