The mathematics of mortality

A novel statistical methodology created by academics at Cass Business School has led to improved data about deaths and life expectancy. 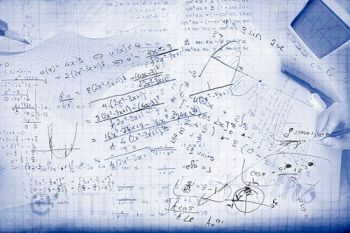 People who work in pensions planning, insurance, demographics and medicine rely on accurate information about mortality rates and life-spans. However, the traditional methods of gathering crude national data about life-expectancy and mortality have been inadequate as they have struggled to cope with changing patterns across the different ages. The small numbers of deaths that occur in a single year, especially at low and very advanced ages, make it hard to generalise and to produce accurate long-term predictions about mortality and longevity. A smoothing methodology developed by City University London's Professors Vladimir Kaishev and Steve Haberman, and Dr Dimitrina Dimitrova has helped to produce better (graduated) data.

Creating a smooth curve to fit a sample of so-called 'noisy' observations which have complex causes is a longstanding statistical problem, known as regression. The Cass academics developed a method called Geometrically Designed Splines (GeDS), which improves on previous attempts to solve the problem and gives an accurate way to measure mortality rates and life-expectancy at any age.

The Cass academics developed a method called Geometrically Designed Splines (GeDS), which ... gives an accurate way to measure mortality rates and life-expectancy at any age.

The technique was unveiled at a 2008 conference of the actuarial profession and the Government Actuary's Department, the non-ministerial department which provides actuarial analyses to governments and organisations in the UK public sector, and so impressed the government's actuaries that it adopted GeDS as the smoothing methodology in the most recent edition of the English Life Tables (known as ELT 16), which show the mortality rates and life-expectancy of UK citizens and are widely used by actuaries and insurers.

Following the success of the GeDS method in England, the same methodology was used to produce life tables in Scotland, Northern Ireland and Canada.

Because it uses GeDS, ELT 16 gives the most accurate data yet on life expectancy in the UK. When it is combined with fertility data and migration data it can help produce more accurate population estimates and projections. ELT 16 was downloaded up to 500 times per month between November 2012 to June 2013. Following the success of the GeDS method in England, the same methodology was used to produce life tables in Scotland, Northern Ireland and Canada. Ireland's Central Statistics Office is introducing a model similar to GeDS.

The impact of this statistical breakthrough has been widely felt. For example, making accurate calculations of likely life-expectancy is vital to the pricing of annuities in the pensions industry, and also for life-insurance products. Actuaries have to be able to calculate whether the long-term reductions in mortality rates and increases in life-expectancy may continue. This is known as 'longevity risk', and GeDS helps actuaries to measure this risk more accurately. 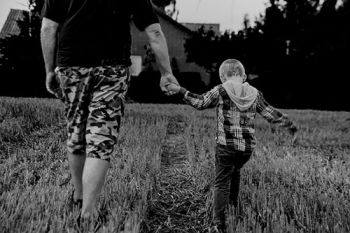 The research is also potentially very useful for government, because increasing longevity means that people work for longer. On average, a healthy 65 year-old male can now expect to live for another 21 years, a 65 year-old female for another 24 years. This affects the cost of pensions. When government legislation was introduced in 2010 to encourage more people to save for their retirement through the purchase of annuities, the consultation cited ELT 16 and life expectancy tables which made use of the GeDS smoothing methodology.

The method also has applications beyond demographics, because the GeDs method allows for fast smoothing of large real data samples which can come from any field of real life application. Industry has recognised the potential applications of the GeDs methodology, and both Intel Corporation and advanced instrument and sensor manufacturer Aerodyne Research have asked to use the GeDS software.