Reducing the consequences of aphasia

Research at City University London has had a major impact on the assessment and treatment of aphasia, a language disorder caused by stroke which affects 250,000 people in the UK.

Approaches developed at City have been widely adopted across the world and recommended in national and international clinical guidelines.

Research in aphasia at City 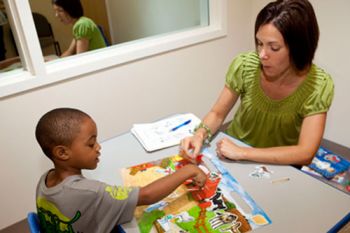 Research in Language and Communication Science has been a major strength at City for over 25 years. In particular, City's research in aphasia has helped to generate therapies that markedly improve language and communication skills for people affected by this condition. City researchers have also created metrics for quality of life that can be self-reported by people with aphasia and which can be used to determine rehabilitation outcomes. The research into aphasia therapy is led by Professor Jane Marshall (at City since 1992). Investigations into quality of life have been led by Dr Katerina Hilari and Dr Madeline Cruice.

One output from this research is the Stroke and Aphasia Quality of Life Scale-39 (SAQOL-39). This assessment tool has been adopted worldwide by healthcare professionals as an example of best practice. As a direct consequence of the tool, patients are now able to self-report the impact of aphasia on their lives, allowing clinicians to gain a better understanding of their experiences and make interventions more tailored to their needs.

City's research in aphasia has helped to generate therapies that markedly improve language and communication skills for people affected by this condition. 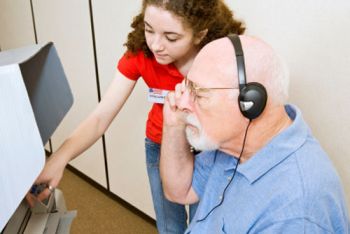 City's therapy approaches have been taught on speech and language training therapy courses in the UK and abroad, are implemented by healthcare professionals across the world and have been referenced in leading international journals and clinical texts. City therapy studies are cited in Clinical Guidelines and Evidence tables in the UK, USA, Canada and Australia. In 2009, in recognition of City's pioneering therapeutic research, Professor Marshall was awarded the Fellowship of the Royal College of Speech and Language Therapists.

City's research has had a significant and widespread impact on speech and language therapy practice for people with aphasia and have provided practitioners with new tools for assessing that practice.

A further impact from City's research is in the area of technology where research into gesture therapy resulted in the development of a computer gesture therapy tool with funding from the Engineering and Physical Sciences Research Council. This tool has been piloted with aphasic participants and has been shown to bring about notable improvements in the use of communicative gestures.

The quality of life tools developed at City, particularly the Stroke and Aphasia Quality of Life Scale-39,are recognised as an example of international best practice, and are recommended for use in national and international clinical guidelines. The SAQOL-39 has been requested for use by over 300 practitioners around the world and has been translated and culturally adapted for use in over 30 countries. In a survey conducted on speech and language therapists from 17 countries by the International Association of Logopedists and Phoniatrics in 2013, it was listed in the top three most commonly used measures of quality of life. An international think tank on social approaches in aphasia also adopted Cruice's methodologies as part of an ongoing project in international collaboration in social approaches to aphasia treatment.

City's research has had a significant and widespread impact on speech and language therapy practice for people with aphasia and have provided practitioners with new tools for assessing that practice. As a result of this work, people with aphasia have been given a voice to communicate the impact of the condition on their lives, which in turn, provides practitioners with a better insight into their patients' individual language needs, leading to improved treatment outcomes. City has helped to place self-reported quality of life at the heart of rehabilitation.

City's aphasia research has been supported by  grants from the MRC, the EPSRC, the

(Consortium for Healthcare Research), the Barts and the London NHS Trust, and the