Researchers at City University London are behind the development of novel vision assessment tests with important applications both within healthcare and visually-demanding working environments.

The Colour Assessment and Diagnosis (CAD) is one of these tests that has already revolutionised colour assessment practices within many occupational environments, including aviation and transport sectors. The CAD test allows for the exact level of a person's colour blindness to be determined, which is critical in jobs that require good colour perception.

Within aviation, 35% of applicants with congenital colour deficiency are now allowed to become pilots and many who previously failed due to previous tests detecting only the condition but not the severity have since passed following re-examination.

The test also enables the early diagnosis of eye disease and is used by healthcare professionals to identify the need for treatment at an early stage, thereby improving patient outcomes. In addition to this, the test allows for the progression of the disease and treatment effects in clinical use and drug trials to be monitored.

For over 20 years, City researchers have conducted colour vision studies in over 1800 subjects. More specifically, research into the use of luminance contrast (difference between perceived lightness in two colours), and colour signals in human vision conducted by Professor J Barbur, Dr Marisa Rodriguez-Carmona, Alister Harlow and Dr Janet Wolf has led to the development of the CAD test, which diagnoses accurately the applicants class of colour vision and quantifies the severity of red / green and yellow / blue colour vision loss. CAD is unique in the sense that unlike other occupational screening tests, the assessment technique isolates the use of colour signals and the subjects cannot use other cues to improve their performance.

TfL funded further work to establish safe colour discrimination limits in its working environment and introduced CAD for its underground train drivers in September 2011. In addition to screening for track safety certification, the CAD test also detects and quantifies acquired loss of colour vision that is indicative of more serious problems, such as premature glaucoma, diabetes or age-related macular degeneration. According to TfL's occupational physician, the uptake of CAD is more economical compared to the previously used vision-screening programme. 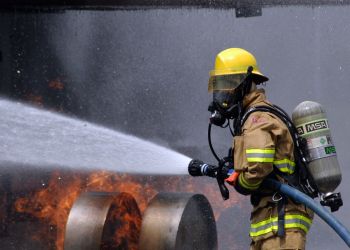 The City research team has collaborated with several organisations to establish occupational screening standards for the degree of colour vision required to meet safety standards within respective environments. One example is the UK Fire Service where it is a prerequisite that all firefighters who undertake vision screening at City University London also undertake the CAD test.

Furthermore, the system is employed by military medical services to assess how colour vision and functional contrast sensitivity are affected under hypoxic (low oxygen) conditions, for example during high-altitude operations. Users include the USA Aeromedical Research Laboratories and Federal Aviation Administration William J Hughes Technical Centre, the Belgian and Swedish Armies and the Home Office.

It is [now] a prerequisite that all firefighters who undertake vision screening at City University London also undertake the CAD test.

In 2009, City established a spin-out company, City Occupational Ltd, to develop, manufacture and distribute the CAD system and other advanced vision and optometric tests for use in research, primary healthcare and demanding occupational environments. As a result of City Occupational Ltd licensing the Intellectual Property, the company has sold CAD systems to a wide range of customers around the globe.

Use of the CAD test is growing in healthcare following press coverage (particularly for the work with pilots, reported by the BBC Online, The Telegraph and The Independent) and through numerous lectures by Professor Barbur and Dr Marisa Rodriguez-Carmona delivered at national and international meetings on aerospace medicine and for occupational medicinal societies across the globe.

This research has had a wide-reaching impact with regards to public services, healthcare practice and more broadly, in health and welfare in wider society. The CAD test not only allows for more reliable and fairer decisions to be made regarding fitness for work but has also resulted in the early detection of eye disease meaning improved patient outcomes.

The web version of this test will run on a variety of monitors balanced for different phases of daylight. The movie was however prepared and will run best on a monitor balanced for ~9000K. This is usually the default factory setting for most colour monitors. The spectral characteristics of the pattern will be affected by ambient illumination and therefore this should be kept to a minimum (i.e., use the monitor in a dark room).

The Web-Based demo has been validated by the University of Missouri-St.Louis Research Group and found to be a valid screening test with results that were similar to those obtained using the more conventional colour screeing tsets such as Ishihara, Nagel Anomaloscope, HRR and the FM-100 hue tests (Optom. Vis. Sci., Vol. 82, 882-885, 2005).

Key findings from the research conducted by Professor J Barbur and the team resulted in funding from the Colt Foundation (a charity that promotes and encourages research into social, medical and environmental problems), the Ministry of Defence, The UK Civil Aviation Authority (CAA), Department for Transport, Federal Aviation Administration (USA) and Transport for London (TfL) for researchers to establish pass/fail limits for pilots, air traffic controllers and TfL train drivers.