Research by Professor Philip Thomas in the School of Engineering and Mathematical Sciences has informed a report to help the UK Government and the nuclear industry make policy and investment decisions regarding nuclear power. 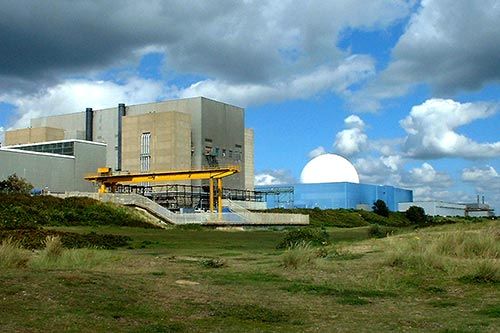 The SPRing Report, published with the Universities of Manchester and Southampton, includes comparative analysis by Professor Thomas of the costs and safety considerations associated with different energy options.

Two analysis techniques were used, beginning with the "real options" method, which provides an objective basis for judging when it is reasonable to invest in competing products, when their future price has a high degree of uncertainty. This projected that nuclear power is expected to become competitive on a cost-basis with gas-powered electricity in 2015, while it will take until 2032 and 2040 for onshore and offshore wind power to reach the same point*.

Secondly, the "J-value" framework was adopted. Developed at City, it offers a common, objective scale to assess the risks posed to human health by various technologies and the amount of money that might reasonably be spent to eliminate them.

The research found that nuclear power could become competitive with gas-powered electricity in 2015 on a cost-basis, while onshore and offshore wind power are likely to take until 2032 and 2040 respectively to achieve equivalent competitiveness.

The research also assessed the impact of future power plants on human mortality, taking into account the entire fuel supply chain plus construction, operation and decommissioning.

Professor Thomas found that coal power has the highest impact compared with other technologies, mainly due to the effects of pollution emissions, but that nuclear power has the lowest impact.

He says: "This may seem surprising but nuclear plants are generally small, require low volumes of fuel and produce large amounts of energy. This mitigates many of the safety and environmental risks that are posed by gas extraction or the large-scale production of steel for wind turbines.

"Even when being most pessimistic about the effects of radiation globally, including after large nuclear accidents, the impact of nuclear power is still lower than or comparable with those from gas and wind."

The SPRing Report includes these findings along with other technical, economic, environmental, social and ethical recommendations. These are designed to help government and industry make long-term policy and investment decisions about nuclear power and its place in the wider UK energy mix.

It can be downloaded at www.springsustainability.org.