Improving the lives of people living with HIV

Research by City University London into the lives of those with HIV has led to profound changes in employment law and funding, helping to improve the future prospects for this group. 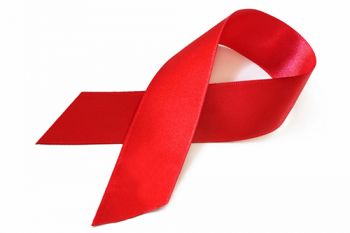 There are around 74,000 people in the UK currently being treated for HIV. More than 80% are either men who have sex with men (MSM) or black African heterosexual men and women.

To understand the social and economic situation of MSM and black African heterosexual men and women living with HIV, research was conducted by City's Professor Jonathan Elford. He was supported by research fellows Dr Cecilia Bukutu and Fowzia Ibrahim, as well as co-investigator Professor Jane Anderson, from Homerton University NHS Foundation Trust Hospital and Honorary Senior Lecturer at City at the time of the study.

The researchers invited those with HIV attending clinics in East London to take part in a study. More than 1,600 eligible for the study completed a confidential questionnaire, which focused on their social and economic circumstances and experiences of discrimination.

Citing City's research, the NAT was one of three organisations that helped secure an amendment to the proposed Equality Bill

Collaborating with charity to influence change

The research team worked closely with the National AIDS Trust (NAT) when planning the study. The results were used by the charity to lobby the Government, public and private sector. This led to significant outcomes.

A ban on pre-employment screening

Citing City's research, the NAT was one of three organisations that helped secure an amendment to the proposed Equality Bill, which became an Act in October 2010. This states that employees can no longer ask applicants to complete health questionnaires prior to an interview. This protects people with HIV from potential discrimination.

City's research has influenced change in areas of healthcare and employment policy and has had a significant impact on the lives of people with HIV.

Guidance for employees and employers 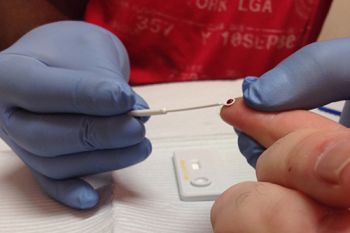 City's study led to the NAT asking Professor Elford to help carry out further research examining employment experiences of those living with HIV. The results - a report called Working with HIV - made specific recommendations on employment rights and led to online guides for employers and employees. Better understanding of HIV helps companies recruit people from diverse backgrounds including those living with HIV.

Drawing on immigration data from the study, the NAT demonstrated that the number of people with HIV living in the UK illegally was very small. As a result of evidence given to the Government - as well as lobbying from other charities - HIV treatment and care are now freely available in England for anyone with HIV, regardless of residency status.

The NAT used the social and economic data from the research to issue a report: The AIDS Support Grant: Making a Difference?.The report was successfully used to advocate for the retention of a specific funding line for HIV social care. As a consequence, councils in England can commission and fund social care. City's research has influenced change in areas of healthcare and employment policy and has had a significant impact on the lives of people with HIV.

The research has been funded bySt Bartholomew's