Researchers at City University London have been responsible for bringing challenging food issues such as sustainable diets, culinary skills and obesity to the top of the political agenda by leading debates and advising high-level policy makers. 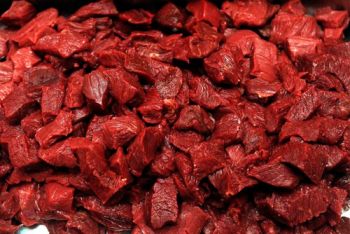 The CFP team is made up of Professors Tim Lang and Martin Caraher and Dr David Barling, with Research Assistants and Honorary Fellows. The Honorary Fellows encompass a list of distinguished academics from across the globe who work with the key staff in the Centre. The Centre is widely recognised as the champion of integrated public health policy for food. It is also recognised for being the first group of its kind to raise public awareness of some difficult societal issues such as long food chains and the dangers they bring including risks of contamination and obesity. During the EU horsemeat scandal in 2013 for example, Professor Lang was a major media commentator.

In 2007 when Gordon Brown became Prime Minister, he requested the first UK review of integrated food policy since the Ministry of Food was abolished in 1955. This was in response to CFP analysis in Social Policy & Administration (published in 2002). The review prioritised health and environmental outcomes.

Professor Lang and Dr Barling were invited to become two of the six-strong advisory group. The publication of the data summary in January 2008 and the Food Matters final report published in July 2008 were widely welcomed in policy circles.

This body was widely credited with championing a new drive for (and integration of) food policy issues in central government, for example generating the Fruit and Vegetables Taskforce, normalising the notion of sustainable diets and helping formulate Defra's landmark Food 2030 policy framework to address the impact of food consumption on both human and environmental health and the general unsustainability of the food system.

Professor Lang was also appointed by the Prime Minister to the Government's Sustainable Development Commission.

The CFP has continued to campaign on emerging social issues. In December 2005 it accepted an invitation from the Chief Scientist's Foresight programme to summarise the role of policy in tackling obesity. This was the only policy strand of work undertaken in the major 'Tackling Obesities' project and final report. CFP proposals on the need to address ecological public health and 'public cacophony' helped drive the rare collaboration of three Departments of State and resulted in the Â£0.3 billion 'Healthy Weight Healthy Lives' programme.

Barling's work on Ethical Traceability informed CFP public engagement following the EU horsemeat scandal (2013) which exposed a long chain of failings in governance. Lang undertook 70 media interviews in six weeks giving expert analysis on the issue. Following this the CFP engaged with the industry, meeting in confidence with several leading supermarkets. As a result, one committed to reduce the length and complexity of supply chains to meet consumer trust concerns. 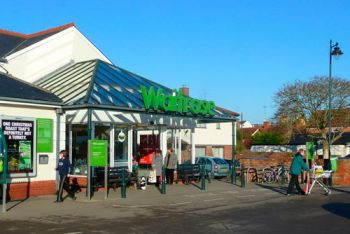 The CFP is regularly invited to be a 'firm but acceptable critic' to food companies by giving speeches, having private meetings, auditing and critiquing industry practice. For example CFP has advised a number of leading supermarkets such as M&S and Waitrose on sustainability issues.

As illustrated, the high quality of CFP research has influenced food policy by injecting ideas into policy discourse and influencing high level policy makers and bodies in the UK and internationally. It continues to have a major influence on the political agenda, which ultimately benefits the wider society at large.