A new method which measures the impact of mediated political events on social opinion and attitudes is helping policy makers throughout Europe make more informed decisions. 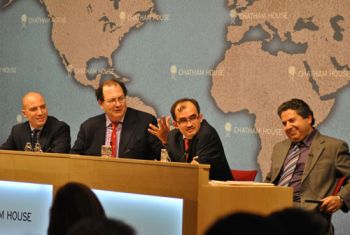 The method was devised by a research team led by Professor Tumber at City University London and Professor Paul Statham at the University of Sussex. It was undertaken as part of the overall European Social Survey (ESS), a multinational survey based at City, on the long-term changes in attitudes, beliefs and behaviour patterns in Europe.

The research project aimed to understand the ways in which major political events such as elections, political scandals or high profile debates on issues like immigration which occur in a country during the period when the survey is being conducted, may unduly bias the findings.

As policy makers use ESS results to make key decisions, being able to understand the full context of the responses is vital. They are often faced with results that seem significantly different to the responses given in the Survey two years before and political events could help account for these differences.

To address this issue, the academics set about creating a methodology to look at key events reported in the media in a specific country at a specific time which could impact on people's responses. They felt that insights from news analysis presented the best hope of producing a user-friendly tool for a systematic cross-national recording of 'political events' that would facilitate a more robust interpretation by survey researchers.

A database identifying national differences in the 'political climate' is also being produced as part of the research process that started in 2006 and it was applied across different rounds of the ESS. The software format of the dataset allows consultants, policy-makers and other non-academic researchers to access this baseline for research and facilitates the coordination of cross-national and wider research programmes.

Professors Tumber and Statham's research has significant reach. The ESS User Survey 2012 found that there were 50,255 registered users from 226 countries using the data.

The methodology and new guidelines

Professors Tumber and Statham's research included an extensive literature review to map European national newspapers and existing methods for comparative news content analysis. In addition to this the academics led pilot studies, workshops and conferences with a number of European countries. These activities used information from the previous three rounds of the ESS. The media landscapes of five European countries were then studied to cover the different cultural and national dynamics along the North/South and East/West axes of Europe; and the range of old and new democracies.

Guidelines, a coding scheme and a codebook based on research are available online, while the new scheme for coding and analysing media claims is being applied in the 6th and 7th rounds of the ESS.

Training has also been provided for eight European countries to help them archive data for media analysis.

Professors Tumber and Statham's research has contributed directly to the development of new methods for cross-national studies and improved the ESS coding of news.

The impact of the new methodologies 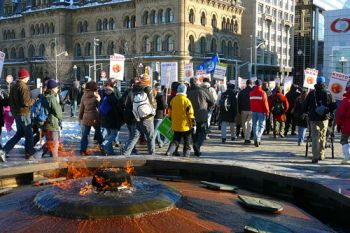 In December 2013 The European Commission granted the ESS European Research Infrastructure Consortium (ERIC) status acknowledging it as a leading European research infrastructure in the social sciences.

Professors Tumber and Statham's research has significant reach. The ESS User Survey 2012 found that there were 50,255 registered users from 226 countries using the data. 11% of all users are outside the academic sector in NGOs, governments, private enterprises or other types of activities.

The research also provided material to support work on media and public opinion surveys to a wide range of non-academic users. According to the ESS website, the guidelines for new coding were downloaded 882 times and the training page 805 times by the end of June 2012.

Professors Tumber and Statham's research has contributed directly to the development of new methods for cross-national studies and improved the ESS coding of news. The new way of understanding the media landscape allows a categorisation of content and provides a score that creates a more powerful tool for measuring the strength and direction of news, ultimately leading to higher standards of measurement in policy-oriented surveys and commercial survey practice.

The research was conducted with the support of the European Commission in the form of an infrastructure grant.