New study suggests many children with autism have their brain organisation "flipped" compared to those with typical development.

The research into almost 200 youngsters aged four to five years old showed a significant difference in the way their right-left brain functions operated. Those who were typically developing were more likely to possess a ‘standard’ brain organisation for social and communication abilities, whereas those with autism showed a significant rise in ‘reversed’ organisation, linked with decreased skills in these areas.

Half of the 196 children who took part in the study, published in a new edition of the journal Scientific Reports, had autism.

The majority of typically developing children possessed a brain organisation where the left hemisphere was dominant for fine motor control, because the left hemisphere has evolved to control the movements of the right hand. The brain’s right hemisphere was dominant for the processing of faces; often seen as a left-side cradling bias – a bias that humans have to cradling a baby on their left side so both the parent and the child keep the other in the left visual field.

However, in the group of children with a diagnosis of autism, there was a significant rise in reversed brain organisation – a mirroring of the standard template.

The existence of side biases is a well-known characteristic of the human brain, inherited from our ancient vertebrate ancestors. Brain hemisphere biases are expressed on the opposite side of the body and are recognised as helpful in allowing us to carry out important tasks in parallel, such as watching out for dangerous predators whilst eating.

In the study, children were tested using a fine-motor task (testing the children’s pincer grip ability of both hands) to determine hand preference, and a cradling task (giving the children trials of holding a gender-neutral doll) to determine the visual side of space that they tended to use for processing people’s faces. Separately, teachers assessed each child’s social and communication abilities.

The researchers say that brain and behavioural biases are key to understanding how brains develop over time and in the future they can help doctors spot children at risk for neurodevelopmental disorders, like autism, earlier than current diagnostic practices allow.

Dr Gillian Forrester, Reader in Psychology at Birkbeck, and who led the study, said:

Brain and behavioural biases are key to understanding how brains develop. They can also help doctors spot children at risk of neurodevelopmental disorders, like autism, earlier than current diagnostic practices allow, enabling them to put in place support at a younger age to improve their outcomes. The reversal from the typical pattern may explain why children with autism have difficulties with their social and communication skills.

“Brain dominances develop early in life and can be detected via simple behavioural tests. We have just reported evidence of this in another study – where infants at high and low risk for autism showed differences in their gaze behaviour at six months of age, which was correlated with their language and motor ability at 14 months."

Dr Brenda Todd, Senior Lecturer at the Department of Psychology, City, University of London and who co-authored the study said:

“We hope that these findings will indicate ways in which children with developmental disorders can be identified and supported at earlier ages. We are so grateful to all the children who took part in this research and to the parents and teachers who made it possible.” 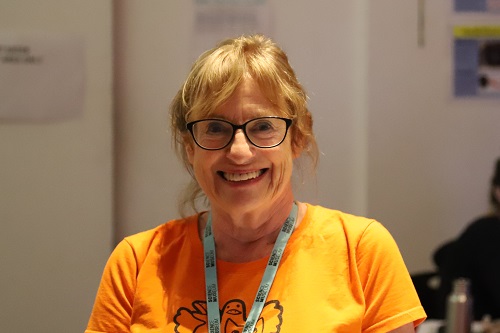 The peer-reviewed study is published in the journal, Scientific Reports.

Visit the Department of Psychology at City, University of London.