Men feel happy if they earn more than their wives, study shows

A new study from City, University of London shows that husbands in the UK get a psychological boost when they out-earn their wives and feel unhappy if their wives earn more than they do.

The research, which assesses the partner pay gap (PPG) – a powerful measure of enduring inequalities within modern coupledom which goes against expectations of progressive equality between the sexes – has several key findings:

The research, which is published in the Work, Employment and Society journal and also featured on the front page of this weekend’s The Sunday Times, focuses on the role of micro-social interpersonal dynamics in the maintenance of the partner pay gap. The academics do so through an examination of the implications of the partner pay gap on the psychological well-being of women and men.

Their analysis allows them to uncover the relationship between gendered identities, earning position within the household and well-being, extending current knowledge by offering new insights into the role of normative structures on working practice.

Using multiple waves of the UK Household Longitudinal Study (UKHLS), they examine the effect of recent changes in within-couple earnings inequality as well as recent changes in labour force position, allowing them to better control for habituation and to portion out concurrent and, potentially, competing predictors of life satisfaction. 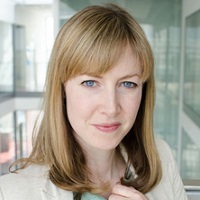 The analysis offers compelling evidence of the role of gendered norms on the sustenance of the partner pay gap, with men found to earn a ‘psychological dividend’ from recent increases in proportional household earnings, and a ‘psychological penalty’ when they are out-earned by their female partners.

“These findings suggest that the partner pay gap is reinforced or supported by male breadwinning norms.

“This tendency was robust to multiple tests, and alternative specifications. It is a finding based on statistically representative data for the UK as a whole.

“Policy agendas which seek progressive change towards equality between the sexes need to clearly recognise divergent tendencies by sex in labour market behaviour."

“We found men to suffer when they earned less than their wives, while women’s subjective well-being did not appear to be affected by being out-earned by their husbands.”

Click to read the full study in Work, Employment and Society: The Partner Pay Gap: Associations between Spouses’ Relative Earnings and Life Satisfaction among Couples in the UK