Ultra Long-Haul: An Emerging Business Model in the Post-COVID-19 Era

The current crisis should send a signal to airlines to phase out older and larger aircraft in their fleets and acquire newer ones with long-range capabilities and lower cabin density.
First published Wednesday, 27th May, 2020 • by City Press Office (General enquiries)

The current crisis with its unique dynamics has been a far more catastrophic event that has created a nearly complete shutdown of the world’s travel industry. Its impact on aviation has been much more severe than previous crises. Airlines came up with unusual ultra long-haul (ULH) repatriation flights worldwide. In other words, the pandemic has provided a testing ground for airlines to test the operational performance/capabilities of possible future routes.

I would like to offer a few key findings on why ULH could become an emerging business model for full-service network carriers, and how existing ULH operators could benefit from it.

Ultra long-haul operator, Qantas, positions itself in the premium market by offering higher fares for its ULH flight as a premium product. Heathrow’s attractiveness due to its high proportion of premium passengers and long-haul routes also drives up the cost of airfares. Qantas’ launch of the Perth-London service in 2018 has exceeded all expectations, by capturing a significant market share of 24% in the first year of its operations, claiming average load factors above 90%, and achieving the highest net promoter scores in its entire network.

COVID19: Threat to the hubs along the Kangaroo Route? 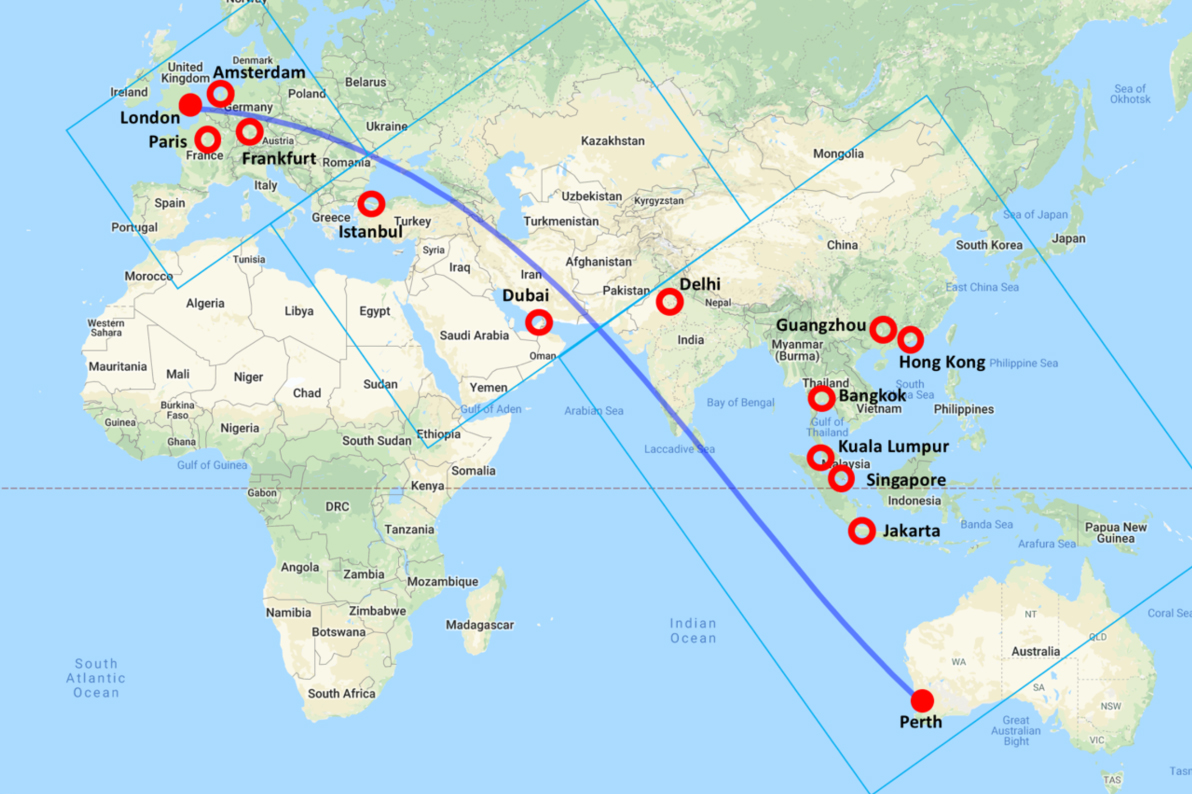 The famous Kangaroo Route has been one of the most competitive air corridors and finds Qantas competing with carriers offering 1-stop products like Singapore Airlines. In response to strong customer demand for the direct service prior/during the COVID-19 outbreak in Asia in January/February 2020, Qantas decided to temporarily re-reoute its daily Sydney-Singapore-London route to via Perth. The option of bypassing a hub in the area of an outbreak can be considered as one of the additional sources of demand for direct services, driven by the fast-changing behaviour of health-conscious corporate and travellers visiting friends and relatives (VFR).

In addition to these events, the economic/environmental advantages associated with flying efficient long-range aircraft, further and invariably, with fewer aircraft in the sky and significantly lower demand, the economics of the ‘hub-and-spoke’ model along the Kangaroo Route could get thrown out in many ways. The implementation of additional health and safety-related measures could cause larger complexity and thus increasing costs.

The crisis could be also seen as a trigger for an early phase-out of older/large aircraft and the acquisition of newer aircraft with long-range capabilities and lower cabin density. It could lead to new market opportunities for airlines, like British Airways with its heavy premium configuration on 787s, to bypass hubs on thin routes. Apart from the development of efficient aircraft making thin routes profitable again, consolidations/partnerships in post-crisis era lead to decentralization of networks, higher proportion of point-to-point traffic and increase in domestic feeder traffic. 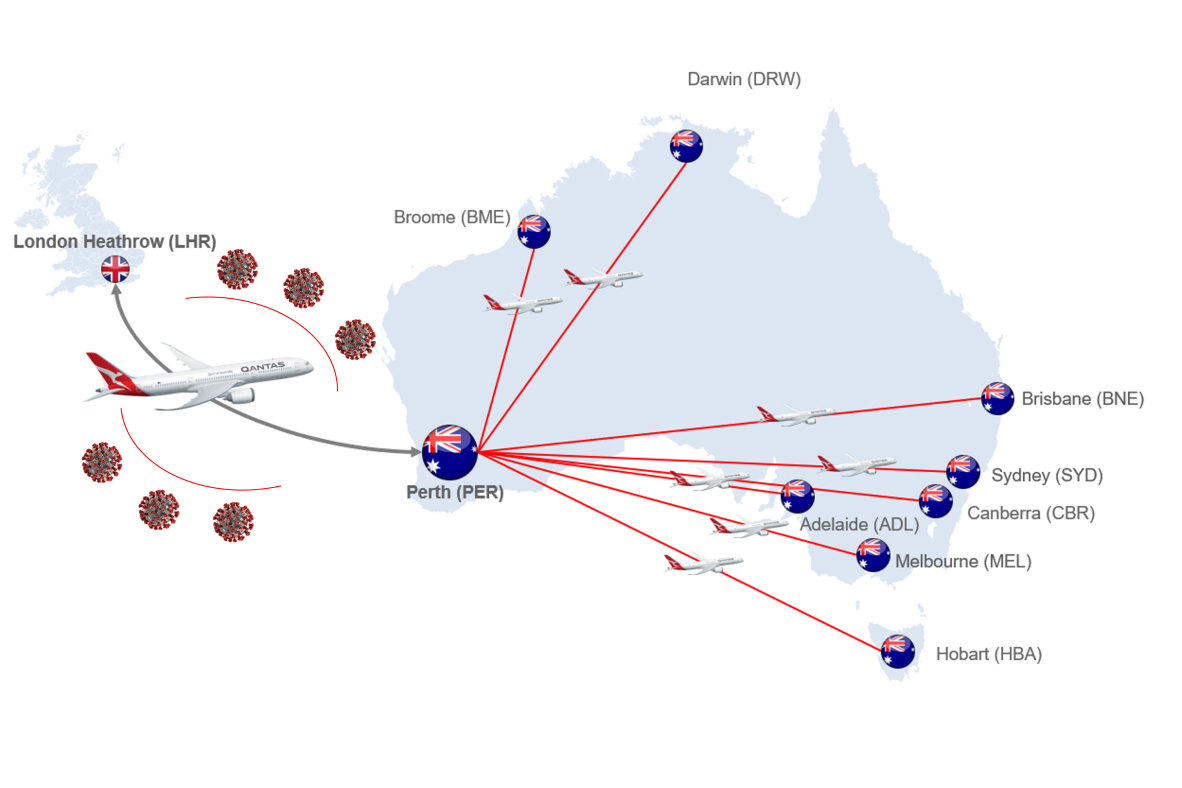 After the launch of Qantas’ service, Perth has become an increasingly important and viable gateway for ULH operations between Australia and the UK to date. Perth’s geographical location is one of the key benefits speaking for the establishment of a hub in Western Australia, the so-called “door to Australia” by providing a large domestic network for feeder traffic. Having a large and diverse domestic market is one of the competitive advantages for Qantas. The strong historical ties between both countries on many levels may lead to an ease of restrictions for direct traveling in the near future. The Perth-London route may be one of the first reactivated routes in Qantas’ international network. However, the establishment of a ‘air travel bubble’ largely depends on the development of the severity and spread of COVID-19 in both countries in the upcoming months. In the next 24-36 months, the majority of health-conscious travelers will favor direct flights more than one-stop journeys via South East Asia or the Gulf, leading to possible higher willingness-to-pay in all cabin classes and thus spike in demand for an additional Perth-London service. 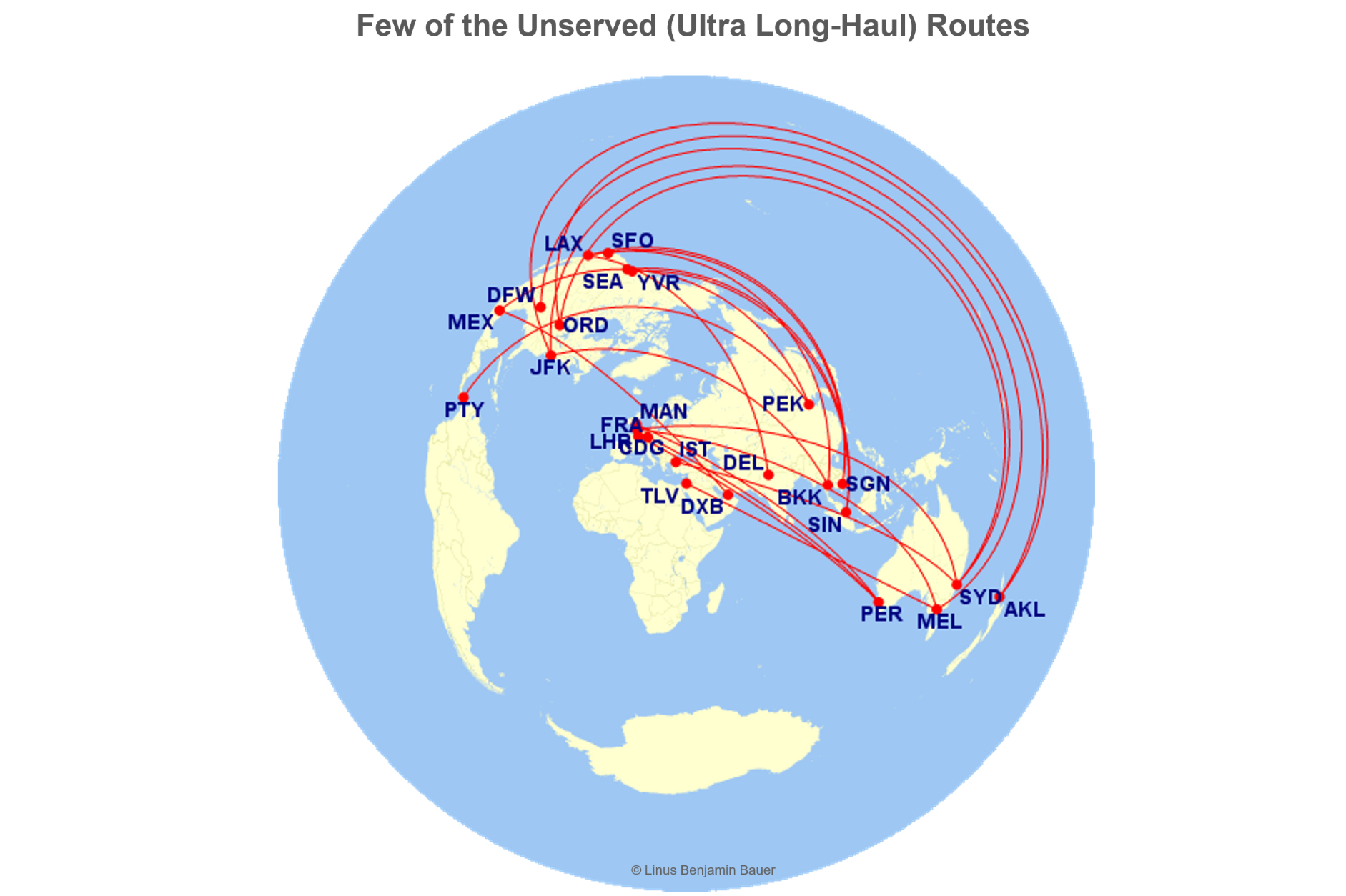 In the post-crisis era, new opportunities for Qantas arise: Launch of new services between Australia and Europe/USA, driven by factors including the change in consumer behaviours, geographical location of cities, deployment of efficient aircraft, ongoing travel restrictions and thus increasing demand for direct and domestic feeder services. Although there are few ‘golden opportunities’ out there, ULH remains a niche market with limited realistic opportunities. The economic uncertainty after the pandemic remains one of the threats to the viability of ULHs (e.g. high yield traffic evaporates in recessions).