By George Brock, Visiting Professor of Practice (Journalism), at City, University of London

Buzzfeed’s decision to shut down its coverage of Britain and Australia is a terrible reminder of the crushing financial pressures now bearing down on news media.

When Covid-19 crept undetected across the world at the start of 2020, journalists were already grappling with three interconnected crises. Populist politicians on every continent were attacking journalists. Newspaper newsrooms, which still generate the majority of original reporting, had seen their advertising revenue drain away while online communication created new routes and platforms for information. And trust in journalists, never high, was falling further.

The pandemic accelerated and aggravated a bad situation, twisting it into a new shape. Demand for high-quality news has grown suddenly, bringing new readers and subscribers. But advertising revenue, still a significant income for most mainstream news publishers, has collapsed. A matter for serious concern in 2019 has become an emergency in 2020.

The coronavirus crash should impel us as never before to look for new models – both editorial and commercial – and to drive innovation and imagination up a gear. Never, as the saying goes, let a really good crisis go to waste. There is no single solution or magic fix. As one of America’s online journalism pioneers, Jim Brady – former executive editor of the Washington Post – told the Columbia Journalism Review in 2009 when asked for his answer to journalism’s economic crisis: “There’s no silver bullet – it’s just shrapnel … there isn’t one stream [of revenue] that’s going to be successful.”

This makes reinvention and experiment essential. Journalists must not simply beg for financial sticking plasters for bleeding businesses, but invest in what we might call the infrastructure of public benefit news. We must make sure that the conditions are as good as possible for start-ups and for the re-engineering of news – and for local news above all. Dame Frances Cairncross, in her 2019 inquiry report on a “sustainable future for journalism” argued that public funds might be needed:

Given the scale of the challenge, there is a strong case for public intervention to support publishers to develop solutions fit for the digital age.

Cairncross also mentioned another change which would cost nothing. She recommended that the government give priority “to exploring the development of a form of tax relief, ideally under the Charities Act … to support public interest journalism”. Neither the government nor the Charity Commission took the hint.

Tax relief for charities may sound unglamorously administrative, but it matters to high-quality journalism now. Sameer Padania, an expert on philanthropic funding for journalism, says that there is “pent-up demand” among donors who would like to meet journalism’s urgent needs. How charity law is applied is one part of ensuring its survival. Good journalism is rarely perfect and often controversial, but it delivers many varied benefits to every society, community and democracy in which it happens. Charity law more imaginatively applied could help to define and entrench high-quality standards in journalism. The Conversation, for example, has been better able to meet hugely increased demand for its evidence-based articles during this pandemic because of its charitable status.

To be eligible for the reputational status of a charity and its financial advantages, an organisation must be “registered” with the Charity Commission. The Charity Commission says that it is open to applications to register journalistic organisations, but in practice very few succeed. The independent fact-checking organisation Full Fact was twice rejected by the commission (including an unsuccessful tribunal case) before succeeding at the third attempt. The Bureau of Investigative Journalism (BIJ) was also rejected twice before changing its structure so that some of its output could be registered as charitable. These are the kinds of delays and costs which small local news start-ups cannot contemplate.

But when Full Fact did win registration, the effects on its fortunes was an immediate game changer. It receives gift aid of 25% on donations, it can use online fundraising tools and it can raise money from donors who will only give to legally recognised charities.

I would argue that particularly at a local level it is low level giving from the wider public that could potentially be a valuable contribution to sustainability. Charitable status would make it much easier to immediately gain the public’s trust.

The Public Benefit Journalism Research Centre (PBJRC) – of which I am chair – was set up by a group of lawyers, journalists and academics to look into the issue, and has also applied for charitable status (Oldroyd is also a trustee of the PBJRC). We recently sent evidence to the House of Lords inquiry into the future of journalism which looks at why so few journalism organisations ever succeed in registering as charities. Our research shows that applicants from news face hurdles which do not seem to be placed in front of other bodies which are similar, such as think tanks.

The Charity Commission is rigidly sceptical of claims that high-quality journalism actually benefits communities large and small. But as the PBJRC says: “Journalistic reporting often delivers content whose educational value is not immediately apparent (and some of the beneficial effect … might take years to become apparent).” 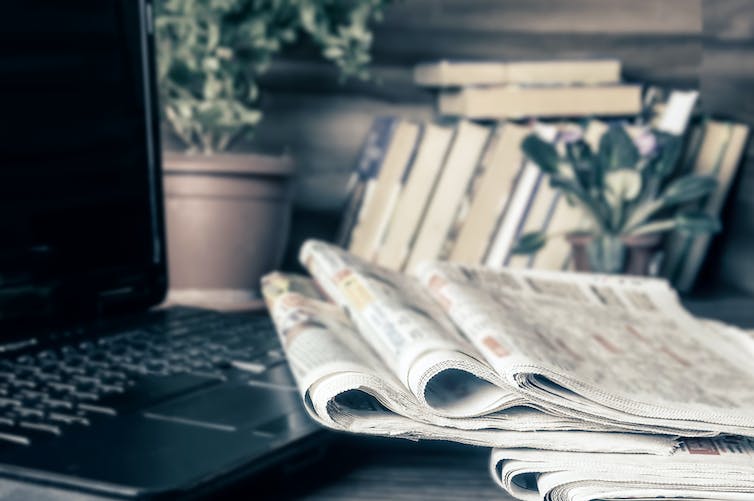 High-quality reporting is in demand, but how is it going to be supported? [Photo: Alexsey t17 via Shutterstock]

Solving this problem does not need a change in the Charities Act. The law and past judgements make clear that the criteria for allowing the registration of a charity must evolve as society and its priorities change. The PBJRC submission argues that there can be no better time than now to make the application of charity law to journalism more constructive and farsighted.

Journalism is varied, noisy, political and often controversial. Not all journalism will pass Charity Commission tests, even if those are made easier to pass. Politically partisan journalism and celebrity gossip will not qualify. The PBJRC document also lays out in detail a draft set of rules which a newsroom would have to follow to keep enjoying the benefits of being a charity. These include provisions for independence, objectivity, accountability, transparency and codes of editorial conduct.

It seems unlikely to me that the Charity Commission will shift its position unless nudged to do so by politicians. That is why the PBJRC has sent a detailed plan to the House of Lords committee. Making it easier for news organisations to reach charity funds won’t on its own solve journalism’s crisis – no single change will do that. But it would be profoundly important and possible transformative for the small, inventive start-ups on whose work journalism’s future may well depend.