Feeding Britain, Our Food Problems and How to Fix Them

This week, Penguin Press will publish 'Feeding Britain, Our Food Problems and How to Fix Them' authored by Professor Tim Lang, Centre for Food Policy at City.

For 170 years, Britain’s default food policy has been to rely on its former colonies and trading partners to feed us, as suggests Tim Lang, Professor of Food Policy at City, University of London, in his new book, Feeding Britain. He suggests that ‘imperialist’ position has dangerously resurfaced, ignoring lessons learned in two world wars. In an age where climate change, mass obesity and global market volatility and cyber insecurity are the new normal, he suggests that relying on other nations for our food supply is not a sustainable strategy.

This wide-ranging review of UK food – its sources, industries, consumption patterns and impacts on health, environment and economy – suggests that Britain’s food system is more fragile than is officially recognised. Home production being in slow decline. Too many people living on the food poverty front-line. Unhealthy diets carrying huge hidden social costs, not least to the NHS. Ecosystems stressed. Britain spending £225.7 billion on food and drink in 2018, but money barely flowing back to growers. Instead, Professor Lang suggests there is economic concentration, distorted labour markets and a naïve belief science can ‘fix’ things or that business will get things done. “Leave it to Tesco et al is not a food policy,” says Lang.

He suggests wider UK food defences are weak; naval protection has frayed, yet Government seems intent to source more from far away, even though ship and truck-based supply logistics can be disrupted by malware. In a scathing review of food contingency planning, Professor Lang concludes the food industry knows the risks but the government is ‘dangerously complacent’.  Britain’s departure from the EU is an opportunity to fix the system. “Food is a crucial part of our national infrastructure; not a bargaining chip in trade”, he says.

We’ve come a long way since when British food was known as brown and bland, but future security depends on us rebuilding food governance which is fit for purpose. Currently it is not. 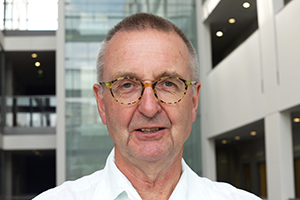 Tim Lang is Professor of Food Policy at the Centre for Food Policy at City University of London. From the Centre for Food Policy, which he founded in 1994, he has researched, written and lectured on the role of national, local and international policy in shaping and responding to the food system, particularly in relation to health, environment, social justice, the political economy and consumer culture. He previously spent seven years as a hill farmer, an experience which has shaped his work ever since.

Feeding Britain, Our Food Problems and How to Fix Them is available from Penguin Press on pre-order now and available to buy directly from Thursday 26th March 2020.