In October 2018, UK Defence Secretary Gavin Williamson announced that all roles in the military would now be open to women.

Although this marked a historic shift, officially allowing British women into combat roles, the presence of women on the front lines dates back to antiquity. 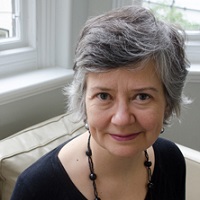 Beginning with the founding myth of the Amazons – in reality female warriors of a nomadic tribe to whom the Greeks attributed super-heroic powers – Dr Julie Wheelwright’s new book, Sisters in Arms, explores the history of women in combat.

Dr Wheelwright – Senior Lecturer and Programme Director for the MA Creative Writing (Non-Fiction) course at City, University of London – traces our fascination with these figures, many of whom successfully disguised themselves as men, using primary sources and their own words to bring their experiences vividly to light.

Among these forgotten heroines are:

Telling an epic story from the Scythian women who begat the Amazon myth to the ‘passing’ women of the eighteenth century, to the re-emergence of women as proud members of the armed forces in the 20th and 21st centuries, Dr Wheelwright [pictured] demonstrates that women have always played a key role as warriors throughout the ages. 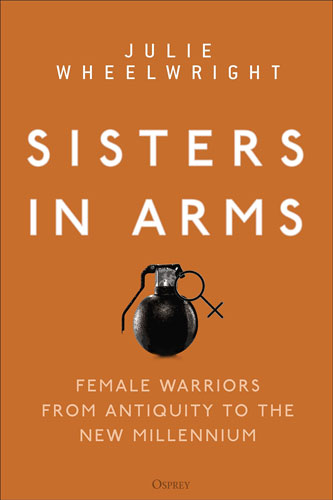 Their experience of war has often been very different from that of men, whether serving as combatants or auxiliaries; and the popular images of the female warrior – whether as ‘mothers of the nation’, mascots, or symbols of romantic love and female devotion, or female defiance, - have overshadowed the reality of their own experience.

In this groundbreaking book, Dr Wheelwright, who teaches in City’s Department of English, uncovers the hidden stories of these remarkable women.

Historian, TV presenter and broadcaster Dan Snow describes the book as “a long overdue assertion on the role of women on the battlefield”.

Journalist and author Boyd Tonkin said it “discovers and recounts the lives of extraordinary women with a historian’s craft and a storyteller’s flair”.

“Julie Wheelwright's lively, entertaining, and scholarly book combines elements of gender studies, popular culture, and military history in a manner that brings fresh insights to the stories of women who lived as men.”

Dr Wheelwright is the author of several history books, including Amazons and Military Maids (1989), The Fatal Lover: Mata Hari and the Myth of Women in Espionage (1992) and Esther: The Remarkable, True Story of Esther Wheelwright (2011).

A broadcaster and print journalist, she has often written about women in conflict and the challenges servicewomen face in male-dominated fields.

She received her doctorate in journalism in 2014, and has been a course director of the MA in narrative non-fiction at City since 2007.

All are welcome to join the Department of English in celebration of the publication of two new feminist histories of women.

Dr Julie Wheelwright will be in conversation with the journalist, feminist campaigner and City, University of London alumna Helen Lewis about their different approaches to telling true stories of difficult, combative, and warring women.

Helen Lewis has recently released Difficult Women: A History of Feminism in 11 Fights, in which she argues that feminism’s success is down to complicated, contradictory, imperfect women, who fought each other as well as fighting for equal rights. Both books will be on sale, and a selection of celebratory refreshments will be available.