With fears that a coronavirus epidemic is on its way to the UK, the Bank of England has announced a temporary reduction in interest rates from 0.75 per cent to just 0.25 per cent – its lowest in history – in an attempt to stimulate the economy. The Bank has also announced a funding scheme aimed at encouraging lending to SMEs to alleviate potential shortfall in productivity.

Banking experts from Cass Business School comment on these measures, which have been announced on the same day as the Chancellor’s Budget.

“Lowering interest rates is a usual measure to stimulate the economy when it is hit by a shock, which we’ve certainly seen in the last few days. The main reason for an adjustment is to make borrowing cheaper and encourage spending, given that disruptions caused by the spread of the virus and measures to contain it are likely to affect firms and households.

“Since it is a temporary measure, the interest rate cut should be effective in alleviating the situation. It is difficult to say how effective it will be given the unprecedented nature of the situation, but just as significant is the Bank of England’s announcement of a funding scheme to incentivise lending to small and medium enterprises (SMEs).

“Cheaper funding tends to benefit borrowers that have a lot of credit the most. If the funding scheme in place is effective, SMEs should also benefit more by bridging gaps in productivity and demand.

“The lower rates could also penalise investors but because we still don’t know how far reaching the consequences of coronavirus will be, it could be more complicated than applying the usual redistribution channels of monetary policy.”

All quotes can be attributed to Dr Francesc Rodriguez Tous. 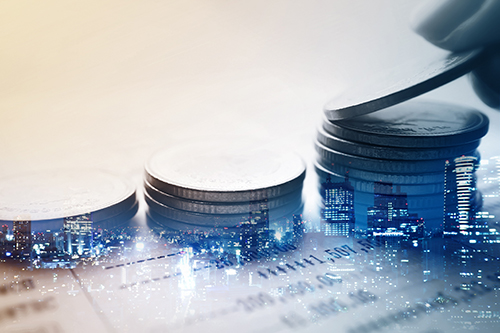 “I see this as a pre-emptive move by the Bank to calm markets and discourage banks from cutting back on lending and credit lines, which are critical for firms suffering from supply chain disruptions.

“Of greater importance than the interest rate cut is the new liquidity programme for banks to refinance loans for SMEs. This will allow banks to continue providing funding to the real economy in the coming months, which could be dominated by disruptions.

“A second important step was the release of counter-cyclical capital buffers from one to zero per cent. Such buffers are built up during good times and are to be released in bad times to allow banks to continue lending even if losses are rising.

“The timing of the announcement sends a strong signal that fiscal and monetary policy will go the same way on Budget day.”

All quotes can be attributed to Professor Thorsten Beck.

“Confidence matters. The uncertainty caused by the coronavirus threatened to weaken both consumer and investor confidence, and therefore undermine consumption and investment spending.

“Central Banks quite rightly try to lean against the wind and prevent worsening confidence from reducing economic growth in a vicious circle. They have done so before, and will do so again.

“The Bank has coupled this with additional measures to encourage high street banks to keep lending to smaller firms in particular.

“One key area of debate in such situations is whether it is better for confidence to take action immediately, or to maintain the possibility of such action in future if the situation worsens. In this case, the Bank has chosen to play its key card rather than hold it in reserve. It has understandably wanted to get the rate cut out before today’s budget, to make it clear that the cut is a response to the coronavirus.

“The Bank is likely to have feared that waiting until afterwards would risk the cut being misinterpreted as a judgement on the Chancellor’s Budget measures.”

All quotes can be attributed to Dr Simon Hayley.