Völkerrechtsblog has held a week-long (June 15th to 19th 2020) online symposium on “The Corporation, Law and Capitalism: A Radical Perspective on the Role of Law in the Global Political Economy”, authored by the Senior Lecturer in The City Law School.
First published Thursday, 18th June, 2020 • by John Stevenson (Senior Communications Officer) 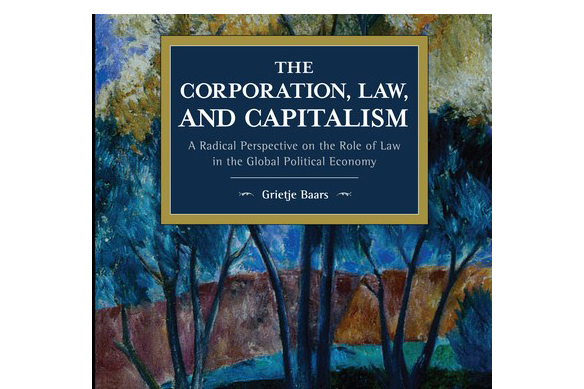 Five legal scholars contributing to the German international law blog, Völkerrechtsblog, have this week (June 15th to 19th 2020) been examining The Corporation, Law and Capitalism: A Radical Perspective on the Role of Law in the Global Political Economy, authored by Dr Grietje Baars, a Senior Lecturer in The City Law School.

By way of an online symposium, the scholars have written a separate daily blog post. 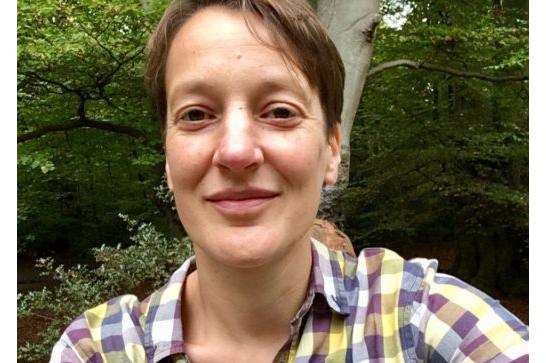 Dr Baars’ book offers a radical Marxist perspective on the role of law in the global political economy. Closing a major gap in historical-materialist scholarship, they demonstrate how the corporation, capitalism’s main engine from city-state and colonial times to the present multinational, is a masterpiece of legal technology. The symbiosis between law and capital becomes acutely apparent in the question of ‘corporate accountability’.

They provide a detailed analysis of corporate human rights and war crimes trials, from the Nuremberg industrialists’ trials to current efforts. The book shows that precisely because of law’s relationship to capital, law cannot prevent or remedy the ‘externalities’ produced by corporate capitalism.

Dr Baars says that the contemporary crisis around COVID-19 makes the issues raised in the book all the more relevant:

“Despite the fact that the world suddenly looks so vastly different since the beginning of the pandemic and the lockdown, The Corporation, Law and Capitalism should still be relevant and useful read. The book will especially aid the reader’s understanding both corporate capitalism’s role in creating this crisis and spreading the virus and in formulating our response to corporate bailouts, the corporations cashing in on the crisis, and the rest of what Corporate Watch and others have already termed Corona Capitalism.”

Issues around the role of early British European corporations in slavery and globalisation are also dealt with. Dr Baars explains:

Given the current debates on the role of the historic trade in enslaved Black people in building today’s economy, the book gives a detailed overview of the role of corporations such as the Dutch and British East India Companies in the colonial project. It shows how corporations were very important vehicles of empire, instigating conquest, waging wars, and enslaving 12 million Black people and shipping them across the Atlantic to work on the plantations that allowed the Industrial Revolution, and with that, contemporary capitalism to emerge.

"It is worth noting, that at the time of the Berlin conference, two thirds of the world was in fact administered by colonial for-profit corporations – including such notorious examples as the Congo Company, owned by Leopold II the King of Belgium. After the independence of Third World countries, many of these western corporations stayed behind and continued to extract those countries’ natural resources, and as we know this situation largely continues today, with the benefits of Third World natural, as well as labour resources benefitting mainly western multinationals.”