Dr Martin White and Professor Naser Sayma are the winners of the Institution of Mechanical Engineers (IMechE) Geoffrey Soar Award (2019) for their paper titled, A Generalised Assessment of Working Fluids and Radial Turbines for Non-Recuperated Subcritical Organic Rankine cycles.

“Organic Rankine cycles are essentially the same cycle, but instead of operating with water they operate with a different fluid. The advantage is that they perform better at lower temperatures, which makes them suitable candidates for power generation from solar thermal, geothermal and waste heat. However, the question of what fluid is best for ORC systems remains an open research question.”

Dr White says that in order to discover an optimal fluid for a specific application, the ‘brute-force approach’ has traditionally been relied on, but may not offer the most satisfactory solution:

“The most common approach to finding an optimal fluid for a particular application relies on a brute-force approach. In this approach, the performance of the system is evaluated for every fluid under consideration and the fluid with the best performance is selected. However, this method can be time consuming and is not guaranteed to identify the optimal solution." 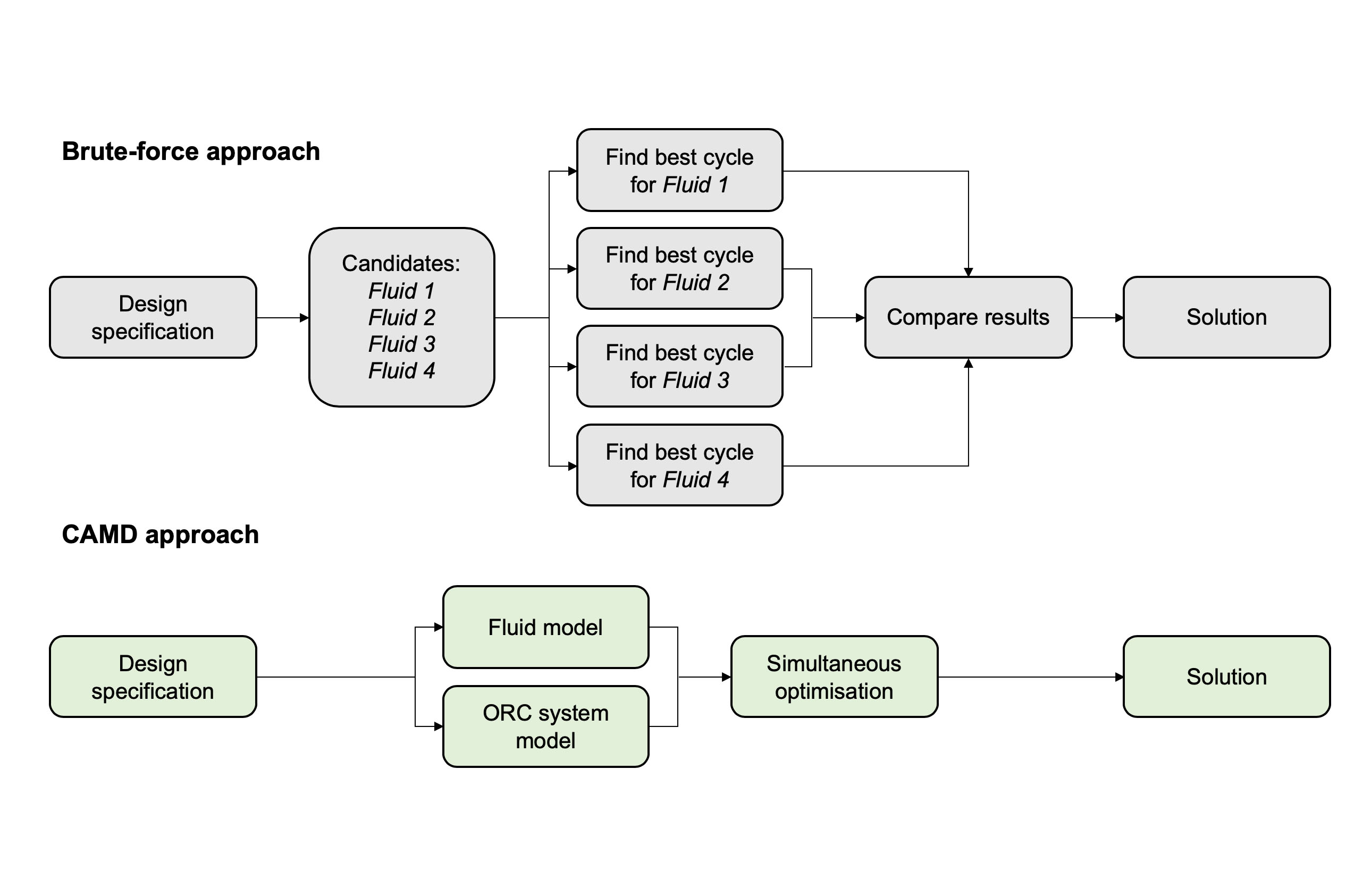 The method developed within Dr White’s and Professor Sayma’s award-winning research paper approaches the problem more holistically by developing a model that can be used to simultaneously identify the optimal characteristics of the fluid in addition to the ORC system.

“Once the optimal characteristics are identified these can then be mapped against a database of existing fluids to identify the fluid that has the properties that are closest to this optimal solution. Ultimately, this method can streamline the selection process for a fluid and point the towards an optimal fluid without relying on the less efficient brute-force method.”

Organic Rankine cycles (ORC) have great potential to contribute to the UK's mix of low-carbon technologies with promising applications such as combined heat and power, concentrated-solar power and waste-heat recovery from reciprocating engines and other industrial processes with waste heat streams. Despite the successful commercialisation of ORCs for industrial-scale applications, more development is required at the commercial and domestic scales before its potential can be realised. More specifically, at these small-scales, the challenge lies in the design of systems that are efficient but are also low cost. One approach to achieving this is to develop systems that operate efficiently over a range of different conditions. This will enable the high-volume, low-cost production of ORC systems, enabling significant improvements in the economy-of-scale.

For more information on this approach, please visit this weblink.

The Institution of Mechanical Engineers (IMechE) is an independent professional association and learned society headquartered in London that represents mechanical engineers and the engineering profession.

With over 120,000 members in 140 countries, working across industries such as railways, automotive, aerospace, manufacturing, energy, biomedical and construction, the Institution is licensed by the Engineering Council to assess candidates for inclusion on its Register of Chartered Engineers, Incorporated Engineers and Engineering Technicians.

Geoffrey Soar was a traditional engineer specialising in the production of diesel engines.

The Geoffrey Soar Award recognises a notable paper/presentation made by a young member of the IMechE in the field of fluid machinery.