BBC Radio 4 Today programme presenter Nick Robinson was among the star turns to speak to master’s degree students from City’s Department of Journalism during a week-long course.

Former ITN and BBC political analyst David Cowling also gave insights into local government, while Boris Johnson’s former Director of Communications Guto Harri pitched in with insider tales from his time assisting the UK Prime Minister during his time as Mayor of London. 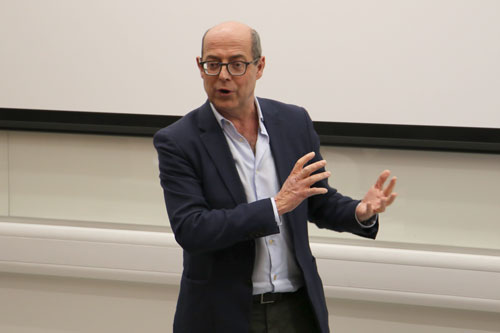 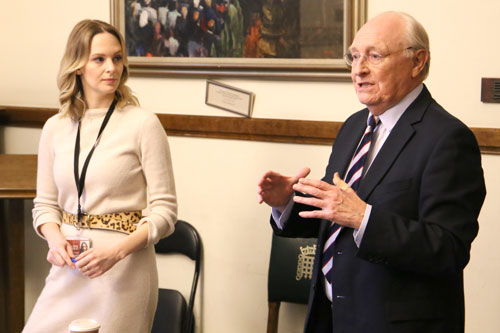 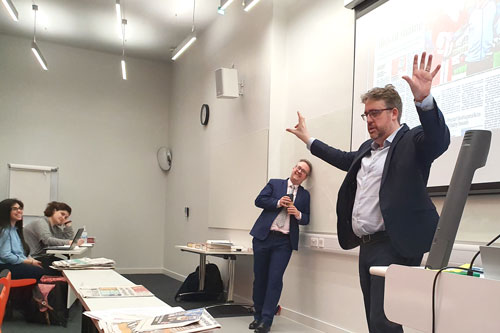 A crash-course in political journalism

The Political Headlines course is an important component of the MA journalism programme. It runs twice a year and is organised by Barney Jones, the former editor of Breakfast With Frost and The Andrew Marr Show, now a Visiting Professor in the Department of Journalism at City.

While much of the course took place at City, the third day was spent entirely at Westminster.

Twenty students were treated to a breakfast briefing with MP for Chatham and Aylesford Tracey Crouch and Daily Mirror Associate Editor Kevin Maguire, before being joined by the rest of their coursemates for packed schedule of talks and Q&A sessions. 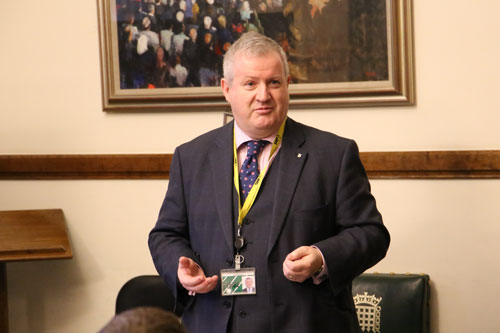 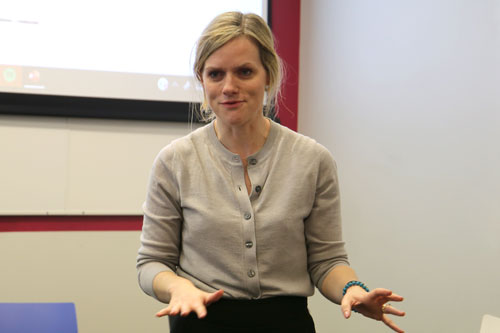 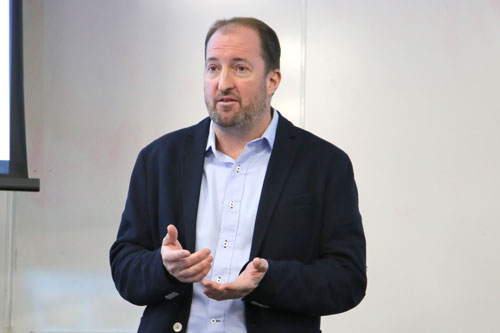