Dr Edward Pinchbeck’s study highlights the popularity of easy access walk-in centres, but also raises questions as to whether they are cost-effective for a stretched NHS

New research by Dr Edward Pinchbeck from the Department of Economics at City, University of London provides evidence on the link between primary care and A&E use.

Throughout the world, hospital accident and emergency (A&E) departments are under strain. This is a serious problem because crowding at A&E is associated with medical errors, high mortality and low staff morale.

With as many as 40 per cent of attendees at A&E having relatively minor health problems which could be safely treated by GPs, an important part of the policy debate around emergency care is how to encourage people to go their GP rather than head to A&E.

This is attractive because the same treatment in primary care is considerably cheaper than at A&E so offers the prospect of reducing A&E pressures while also saving the NHS money. For example, recent figures indicate that a visit to A&E costs £124 while a GP practice consultation costs £32.

The new study from Dr Pinchbeck, published in the Journal of Health Economics, assesses the effectiveness of primary care. 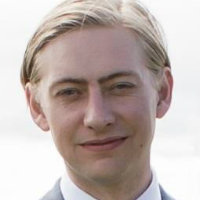 Dr Pinchbeck (pictured) studied an NHS policy that led to the opening of around 250 new primary care services between 2008 and 2012.

More than half were ‘walk-in clinics’: practices with evening and weekend opening hours, and offering walk-in services with no need to register or make an appointment.

By combining details of the new services with hospital visit records and advanced statistical techniques, he provides credible estimates of how localised use of A&E is affected by access to a new walk-in centre – a convenience-oriented service that can be used by anyone without need to register or make an appointment, or a new regular primary care practice close-by.

Two main findings emerge. The first is that access to primary care does significantly divert patients away from attending A&E and that convenience matters: walk-in centres divert something like three times more patients from A&E than traditional GP practices where patients need to register and book an appointment.

The remainder of visitors to walk-in centres were not diverted from an A&E. These could include patients that would otherwise have gone to a traditional GP practice, and those that would not have attended a healthcare facility if the walk-in clinic was not there.

“This poses a dilemma for policymakers,” said Dr Pinchbeck.

“Easy access walk-in type services are popular, which tells us they are valued by patients, and they do relieve pressure at over-stretched emergency services.

“But on the flip side, low diversion rates from A&E mean that they may be an expensive way to meet this particular goal.

Read the full paper in the Journal of Health Economics.

Dr Pinchbeck is an applied microeconometrician with research interests in health care, urban and spatial economics, and behavioural economics. Prior to joining City in Summer 2018, he was based at the Centre for Economic Performance at the London School of Economics. Before returning to academia, he spent around five years working as an economist in the UK government, including at the Department of Health, Monitor (now NHS Improvement) and the Department for Business, Innovation and Skills. He has a PhD in Economic Geography (LSE), an MSc in Real Estate Economics and Finance (LSE), and an MSc in Economics (Warwick).