A study co-sponsored by Cass Business School of City, University of London, University of Bristol, and the Universities Superannuation Scheme (USS) suggests that pension scheme members between the ages of 40 and 60 should be offered a single default fund and be helped to choose from a limited range of other options, because they have similar levels of risk aversion.

This finding comes from a survey on attitudes to risk of nearly 10,000 active members of USS, which serves the UK’s Higher Education sector and is the country’s largest private pension scheme.

USS used the findings of this survey to build a comprehensive understanding of member investment preferences ahead of launching its new defined contribution (DC) Investment Builder section. In the scheme, members have a defined benefit pension up to a threshold salary of around £58,000. Above this, the scheme has a defined contribution section where members can choose how their funds are invested.

Based on the lack of distinct groups of members with different levels of risk aversion, the report recommends that a single default lifestyle fund, balancing the needs of the membership, is likely to be appropriate. It also suggests that for members who have different risk preferences, a simple “help me do it” approach could be explored. This would guide members to choose from a very small range of options, including a well-diversified fund with a higher level of risk than the default fund and a well-diversified fund with a lower level of risk than the default fund. 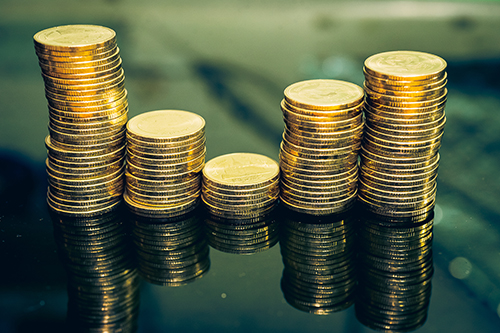 Co-author of the report and Director of the Pensions Institute at Cass, Professor David Blake, said:

“Human behaviour tells us that having too many options can often complicate decision-making or affect our desire to make a decision at all.

“Our report clearly identifies a group of members who may prefer less engagement with their pension, but are nonetheless conscious enough of where their investments should be targeted to want to exercise some degree of choice. Instead of offering members – who we cannot necessarily assume are pensions or investment experts – a raft of specialised options, defined contribution schemes could provide a third way, helping members to choose from a very limited range to suit their risk appetite.”

Professor of Finance at the University of Bristol and co-author of the report, Ian Tonks, added:

“While our findings may be specific to USS members, statistics show that the Investment Builder scheme has already seen markedly higher levels of active engagement amongst its membership compared to its previous additional voluntary contribution (AVC) top-up scheme. This shows that having a defined benefit underpin below a threshold salary can mitigate a lot of risk involved with making investment choices and encourages greater participation.

“Defined contribution pension schemes should, however, be mindful of the large group within their membership who have not engaged with the scheme as younger members, and look to design a programme of engagement for these people so that they are sufficiently motivated to make appropriate de-risking decisions as they head towards retirement.”

Head of Strategy and Insight at USS, Dean Blower, said:

“Tens of thousands of USS members, and millions across the country, are still relatively new to saving in defined contribution schemes. With the power of inertia, it is critical that schemes put in place default arrangements that reflect a deep understanding of the risk appetite and capacity of their members. This research also shows how important it is that schemes provide members with the right choice architecture, instead of simply presenting them with an unmanageable set of options.”

An online copy of the report Grouping Individual Investment Preferences in Retirement Savings: A Cluster Analysis of a USS Members Risk Attitude Survey is available here.

Authors of the report are: