Dr Jonatan Echebarria Fernández, a City Law School Lecturer in Commercial and Contract Law, says the supply chain linking China, the UK and the EU has been affected as a consequence of the coronavirus outbreak in Wuhan, China.

Given the slowdown of the Chinese economy in recent months, Dr Fernández says trade flows have been adversely affected:

“Europe is not isolated from the effects of the world’s second largest economy’s reduction in terms of the production of goods. Factory shutdowns longer than expected by the new lunar Chinese year and other restrictions imposed by authorities, have cut production. Important shipping companies such as A.P. Møller – Mærsk A/S, CMA CGM SA or Evergreen Marine Corp have reduced or cancelled sailings. It is unlikely that current trade flows between Chinese and European ports will return to previous levels any time soon.” 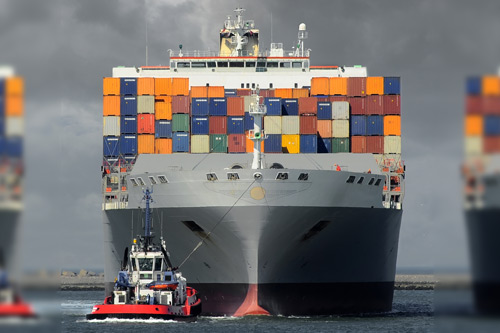 Furthermore, he says, “the economic outlook does not allow for optimism in the short term, but only time will tell whether Chinese and international efforts prove to be effective in containing the spread of the coronavirus or not. Moreover, the application of phase one of the recent US-China trade agreement, could be affected by this extraordinary event that parties did not foresee by the time of its signature.”

Travel restrictions and other preventive measures should have been put in place by national governments earlier on. The World Health Organization did not react in time to the outbreak until 30th January 2020, when the global health emergency was declared. However, there is room for optimism: New vaccine trials are underway and the volume of goods carried between Europe and China will be back to previous levels once the pandemic is eventually brought under control.

Dr Echebarria Fernández holds a PhD in Law from the Copenhagen Business School (CBS), where he was employed as a PhD Fellow and a Research Assistant.

He was awarded two LLMs (European Union Law and Shipping Law, respectively) in Spain. He has pursued specialised courses and certificates from the Lloyd's Maritime Academy, the Judge Business School, the University of Columbia, the College of Europe, the University of the Basque Country, CBS Executive and Harvard University.

He is currently working on articles and book chapters related to the impact of marine pollution focused on the coastal communities within least developed countries.

His PhD-based book, Jurisdiction and arbitration agreements in contracts for the carriage of goods by sea – limitations on party autonomy, will be published by Routledge in late 2020. He has delivered presentations at international conferences in recent years.

His professional experience as a legal specialist include the Council of the EU, the European Investment Bank, the Permanent Representation of Spain to the EU, the Trade Office of Spain in Belgium and Luxembourg, the Luxembourg Maritime Administration or the Bilbao Port Authority in Spain.