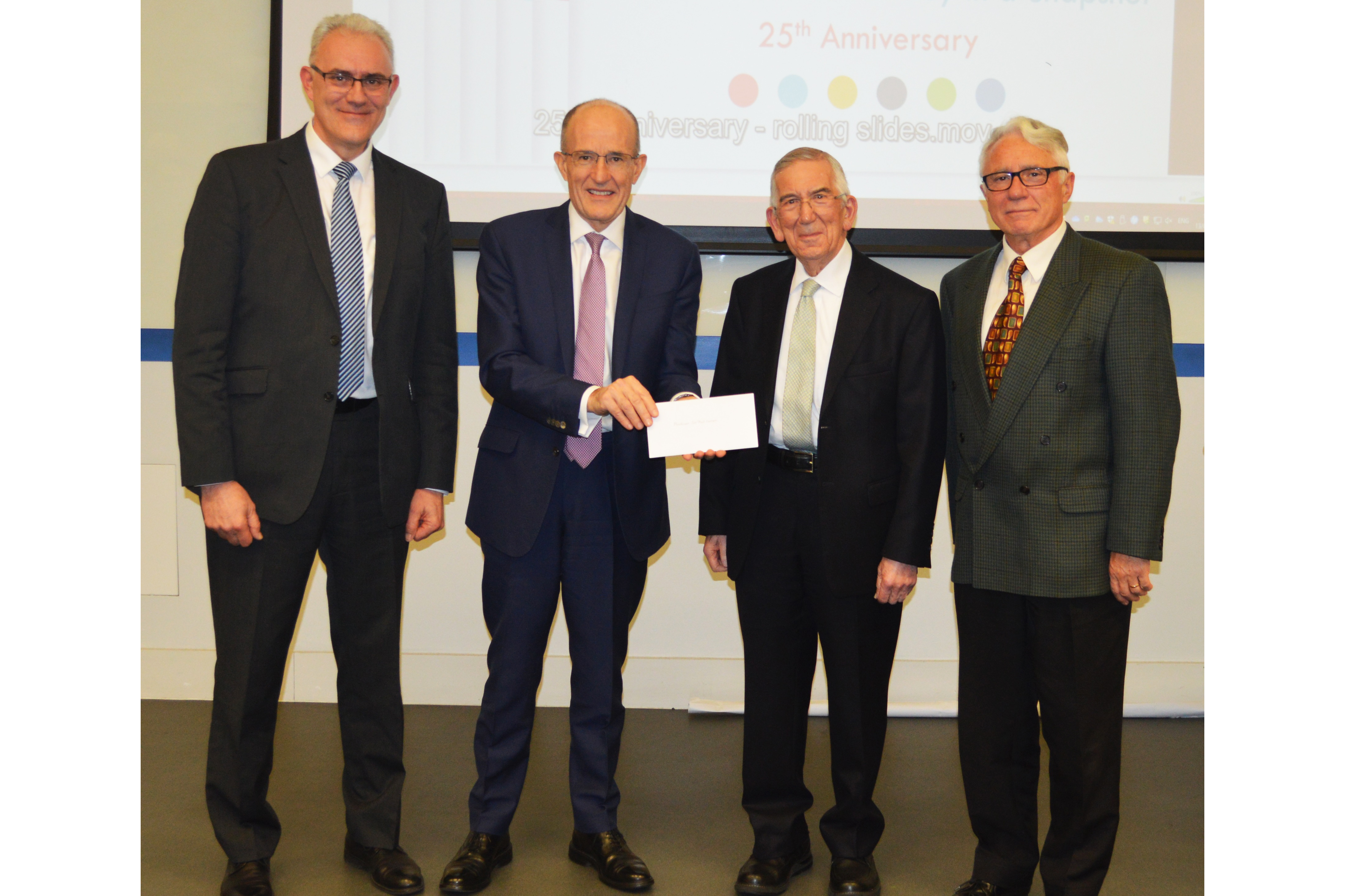 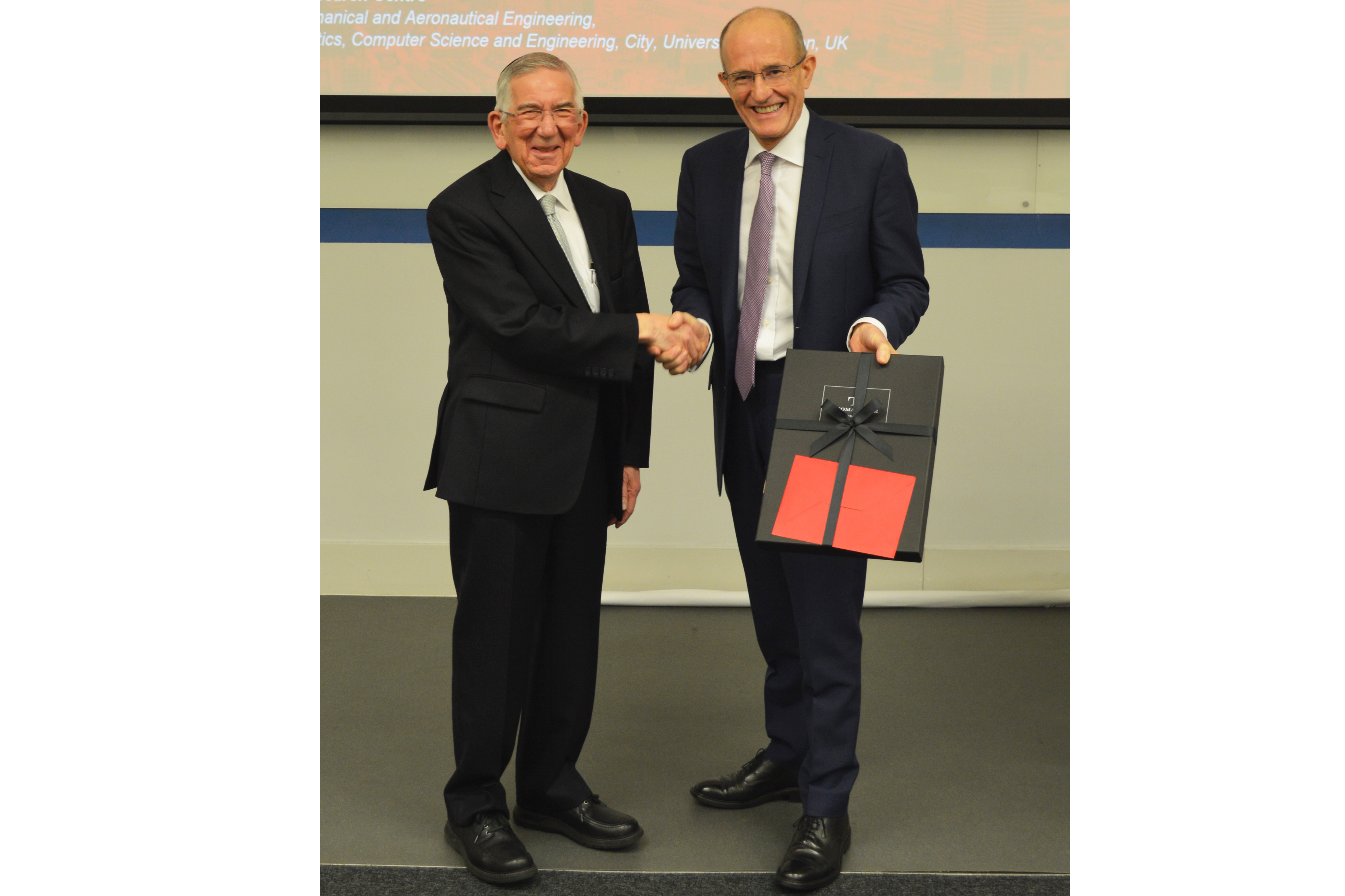 The Centre has developed into a hub for scientists, engineers and industrial experts to work together to solve some of the biggest challenges facing the compressor industry in energy utilisation.

Professor Smith joined City in 1962. Since his appointment at City, he pioneered the first MSc course in the Department of Mechanical Engineering and initiated research in the recovery of power from low grade heat sources, which has been his main field of interest and in which he is an acknowledged expert.

As a result of his and Professor Stosic’s work in this area, Heliex Power Ltd, a spin out company, was formed to commercialise their work in 2009.

City’s President, Professor Sir Paul Curran was present at the event and gave his congratulations on the special occasion. 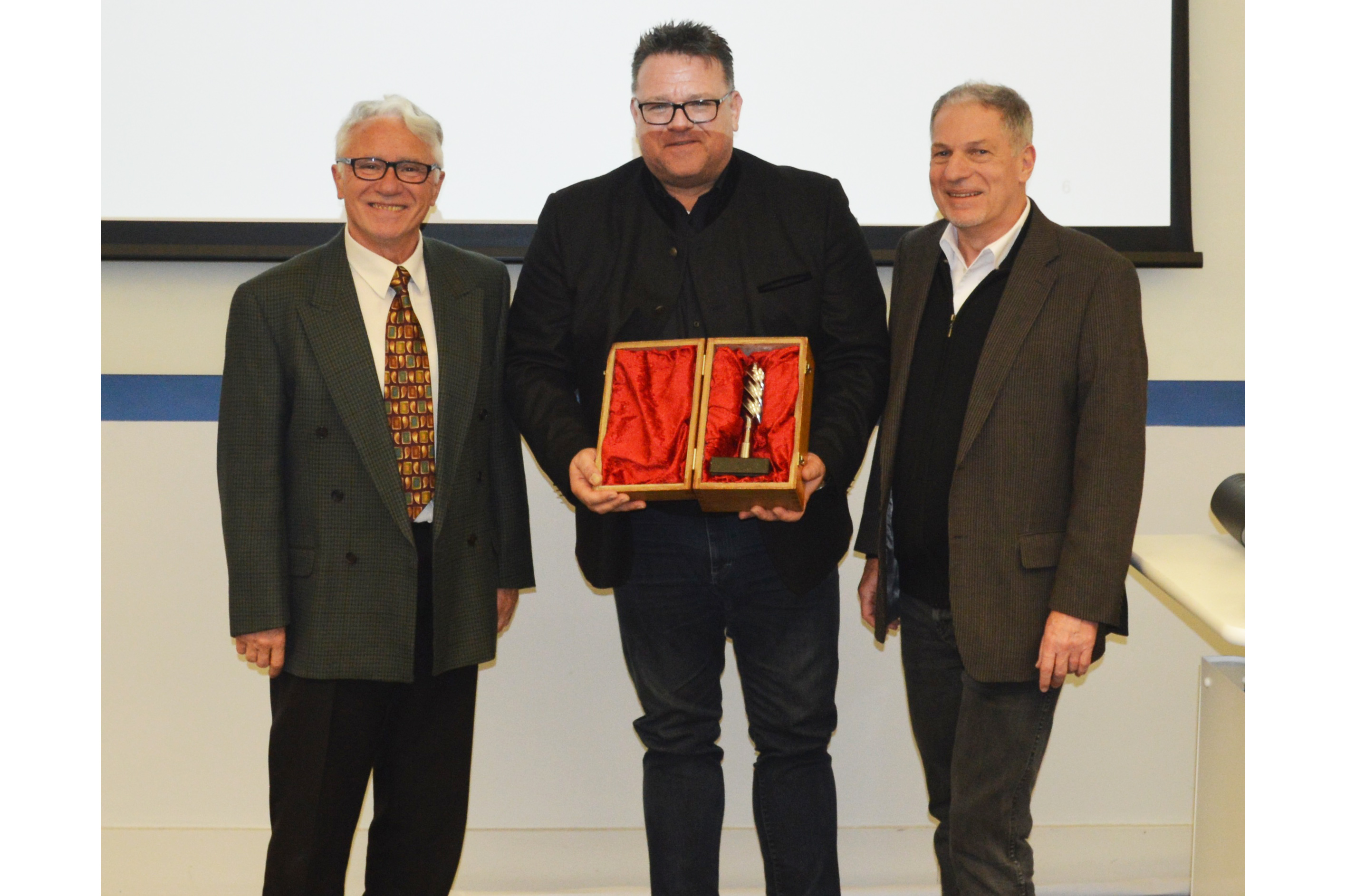 Professor Smith presented a cheque for £10,000 to the President, to set up the Centre for Compressor Technology Prize for the Best Student Project in the area of Thermo-Fluids.

During the event, Professor Ahmed Kovacevic, Dr Matthew Read and Dr Sham Rane presented their vision for the future of the Centre, which includes the establishment of the Centre for Compressor Technology Industrial Consortium for pre-competitive research in the area of compressors and thermo-fluids.

The Centre has also organised and hosted the International Conference for Compressors and their Systems on a biennial basis since 1999 and is regarded as the flagship conference in the field.