A House of Lords Select Committee report into the future of journalism has recently been published, with the Department of Journalism’s Professor Jane Singer acting as a Specialist Adviser

The House of Lords’ new Breaking News? The Future of UK Journalism report warns of a “fundamental imbalance of power” between news publishers and online platforms and makes recommendations on how publishers can wrestle back some control from a Google and Facebook-led “dysfunctional online ads market”.

The report lays bare the extent to which publishers are increasingly forced to rely on online revenue, while stressing that platforms like Google and Facebook make profits from advertising alongside publishers’ content, but do not have to license the content itself. 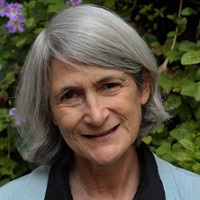 Professor Jane Singer (pictured) from the Department of Journalism at City, University of London was brought in as a Specialist Adviser to work on the report earlier this year.

She said: “The committee has produced a terrific report, I think, and it was very rewarding to play a small part in helping it come to fruition.

“In all their deliberations, committee members kept front and centre the vital role of a free press in democratic society.

“Their discussion each week over the course of the inquiry revolved around how best to help news organisations not only survive but also thrive in these challenging times.

Plans for a Digital Markets Unit

Lord Gilbert of Panteg, chairman of the Communications and Digital Committee, said: “Online advertising is crucial to news publishers' success, but there's a fundamental imbalance of power between them and platforms such as Facebook and Google whose overwhelming market dominance means they dictate the terms on which they use publishers' content, including whether and how much they pay for it."

“Publishers need platforms far more than the platforms need them and are disadvantaged by a dysfunctional online advertising market,” he said.

Committee members hope the Government will act swiftly to remedy the situation by setting up a new Digital Markets Unit (DMU), a plan that was outlined in the Furman Review in March 2019.

This would see the new DMU operate as a function of either the Competition and Markets Authority (CMA) or Ofcom, or potentially even as an independent body connecting the two.

A range of recommendations

But while media coverage of the report has mostly focused on points related to the big tech platforms – which are hugely important for reasons related to everything from revenue generation to the circulation of trustworthy information – Professor Singer stresses that the report also encompasses much more.

“There are lots of other valuable recommendations in this report, informed by the testimony of dozens of amazing people from inside and outside the media industry, and I hope their ideas don't get overlooked when the government drafts its response.

“For instance, we've highlighted the role of innovation within newsrooms, emphasised the importance of media literacy initiatives, made a range of suggestions around diversifying the workforce, and suggested ways to strengthen the rights of freelancers. And there's lots more besides!” she said.