The outbreak of COVID-19 triggered a sharp decrease in demand for air travel around the world. At the same time, many states closed their borders or took other actions to restrict the movement of air travellers.

Despite this, some airlines have, until very recently, continued to operate virtually empty aircraft. True, an airline operating an empty flight seems absurd; it is expensive not to mention harmful to the environment. So, what has incentivised airlines to do it? How have the COVID-19 airport slot rules, which entered into force on 1st April 2020, changed this, and what’s next for Europe’s airlines? 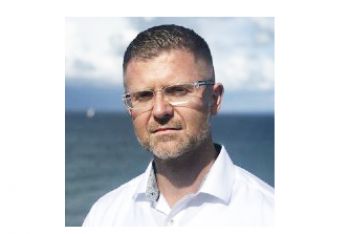 Airlines meet twice-yearly at worldwide slot conferences hosted by the International Air Transport Association: in June to deal with the (northern hemisphere) winter period and in November to review the summer period. Since 1947, airlines have met to discuss their airport slot allocations for the next season and explore ‘interline’ opportunities. An interline (agreement) between two or more airlines allows for a passenger to reserve flights in a single flight itinerary, which may be operated by multiple airlines.

For instance, one books a trip from London to Bangkok, the segment London-Copenhagen is operated by British Airways and Copenhagen-Bangkok is flown by SAS Scandinavian Airlines.

Airlines require slots to use airport infrastructure, including runway permissions to land and take off. Demand for air travel increased dramatically after airline markets in the UK and the rest of Europe were deregulated and liberalised, and in particular with the growth of low-cost carriers. With that said, the expansion of necessary airport infrastructure has not always kept pace with demand; in turn, many airports have become congested, and airport slots are in scarce supply.

How does slot allocation work in practice?

Where capacity to access airport infrastructure exists, a ‘slot coordinator’ will allocate a series of slots from the ‘slot pool’ to an applicant airline. According to Regulation 95/93 governing European airports, an airline must operate the allocated series of slots for at least 80% of the time during the season for which it has been allocated. This is commonly referred to as the ‘use-it-or-lose-it’ or ‘80/20 rule’. Subject to this rule, which is enforced by the coordinator, slots are re-allocated with established historical precedence, ‘grandfather rights’, to incumbent air carriers.

If slots are not available, airlines may exchange slots for money or other consideration. Swaps at UK airports have been especially prevalent; the legality of which was clarified in 2008. In 2017, International Airlines Group, the parent company of British Airways, purchased airport slots from collapsed carrier Monarch Airlines for £60 million.

Airport slots are valuable economic resources, so airlines are incentivised to keep hold of them – at whatever cost.

So, even in the face of COVID-19, and great economic uncertainty, airlines will continue to fly empty aircraft for fear that failing to operate for at least 80% the current season will mean that the slots will be returned to the slot pool and next season’s slots will be lost to them. That is, unless and until the rules are changed.

By 2003, experience had shown that Regulation 95/93 needed strengthening through necessary amendments so as ‘to ensure the fullest and most flexible use of limited capacity at congested airports’. The following change was introduced to the slot pool provision in Article 10(4):

a) unforeseeable and unavoidable circumstances outside the air carrier’s control leading to:

- grounding of the aircraft type generally used for the air service in question;

- closure of an airport or airspace;

- serious disturbance of operations at the airports concerned, including those series of slots at other Community airports related to routes which have been affected by such disturbance, during a substantial part of the relevant scheduling period;

Whereas Article 10(4) allows slot coordinators to disregard non-operation of airport slots for periods during which the air carrier is unable to operate planned air services due to unforeseeable situations, such as closure of airports or an airspace, it does not address the novel situation of the COVID-19 outbreak. Therefore, it was essential to amend Regulation 95/93 once again. 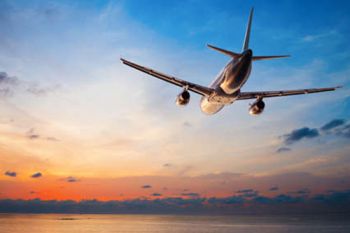 What’s next for Europe’s airlines?

Airlines already began to withdraw services on some routes following Von der Leyen’s announcement. Now that the new slot rules have come into force, more cancellations are expected. UK-registered EasyJet has grounded its entire fleet; British Airways has suspended all of its London Gatwick flights; and London City Airport is now closed. At the time of writing, air navigation service provider Eurocontrol reported a 86.9% drop in European air traffic.

While the new slot rules certainly bring good news for airlines as they cancel flights yet keep the slots, this is only the first hurdle. EU air passenger rights legislation requires all EU airlines and any airline operating from an EU airport to offer a passenger of a flight which has been cancelled the opportunity to re-book or receive full refund within seven days. Yet passengers who have requested refunds have instead been offered flight vouchers.

The European Commission published new Interpretive Guidelines on 18th March 2020, which clarify that for flight cancellations owing to COVID-19, “If the carrier proposes a voucher, this offer cannot affect the passenger’s right to opt for reimbursement instead.”

Overcoming or securing changes to the high-level of protection afforded to passengers by European consumer protection rules will be the airlines’ second hurdle.