UK-EU Brexit talks: Hawk-Dove or Tragedy of the (House of) Commons?

As the UK prepares to leave the European Union by 31st October, several theoretical models present themselves as scenarios encountered by the competing interests – the UK Government, the European Commission, ‘Remain’ and ‘Brexit’ campaigners, among the main ones.

These models, including the Hawk-Dove game, Game of Chicken and the Tragedy of the Commons, are among the most widely used in game theory, the science of strategy or optimal decision-making of independent and competing actors, developed by leading researchers such as John von Neumann and John Nash.

The Hawk-Dove game is commonly used in evolutionary game theory, and is used to explain why so much ritualistic behaviour occurs in animal competitions.

If we imagine two animals competing for a valuable resource, they each have the choice of an aggressive strategy (a Hawk), or a more passive strategy (the Dove). If a Hawk player meets a Dove, it flees and the Hawk gains the reward. If two Doves meet, they share the reward, or a winner is selected at random. If two Hawks meet a winner is selected at random, but the loser pays a cost of injury. It is usually assumed that the cost of injury is greater than the value of the reward. If your opponent is a dove it is better to play Hawk, but if they are a Hawk it is better to play Dove (receiving nothing is better than having an even chance of the reward and paying the cost). Thus the population settles down to a mixture of Hawk and Dove players. If the cost is much greater than the reward most of the players will be Doves, leading to largely ritualistic, non-violent contests, as occur in many animal species. 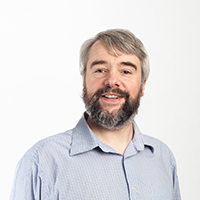 In the Game of Chicken, two drivers drive directly at each other on a straight road. They each have two choices: to keep driving, or to veer off. If one veers off and the other keeps moving toward the other, the one that veers off is the "chicken", and is humiliated in front of their friends. If they both decide at some point they will veer off, the chicken is selected at random. If neither veers off they will crash at high speed, and may well be fatally wounded. This is actually the same as the Hawk-Dove game, where driving directly at one's opponent is the Hawk strategy, while veering off is the Dove strategy.

Professor Mark Broom, Professor of Mathematics at City, is of the view that if we believe that the UK Government and the EU are seriously trying to negotiate, then we can think of their approach as a Hawk-Dove or Chicken Game. Professor Broom is an authority on game theory scenarios and has published widely in the field and presented his work at many international conferences.

The no-deal scenario is worst for both, and the UK and the EU are trying to pressurise the other into concessions, but neither wants to come across as the 'chicken'. Of course the game is asymmetric, and the damage to the UK of no-deal would be bigger than to the EU. However, within the EU, the Irish government have been very insistent on the Backstop, and yet Ireland is likely to be hit worst of all in any no-deal scenario.

Professor Broom adds that in ex-Prime Minister Theresa May’s failed attempts to reach a deal, the UK Parliament took hold of the agenda and held a number of ‘indicative votes’ where alternative outcomes were suggested:

“Various groups had their own preferred solution, but a number of these would have been preferable to the deal (and certainly to no-deal) to ‘Remain’-leaning Conservatives and Opposition political parties, and yet the different groups voted against other alternatives holding out for their own preferred one, which led to the situation today. This is an example of the Tragedy of the (House of) Commons.”

In the game of the Tragedy of the Commons, a number of farmers share a common area to graze their cattle. The more cattle an individual farmer has the richer they become, but if there are too many cattle collectively owned, the common resource will be destroyed and everyone suffers. How many cattle should an individual farmer have? There will be an optimal number where the total productivity of the group is maximised, but at this point it is beneficial for any individual to cheat and add more cows (it will harm the collective a little, but benefit the individual a lot). Thus all farmers add too many cows, and the commons provides a poorer return for all. Climate change caused by overuse of the world's resources by the human population is also a classic example of the Tragedy of the Commons.