Dr Emmeline Taylor, a criminologist at City, University of London, has partnered with The Co-Op on thought-provoking new research

A hard-hitting new report calls on action to stem the rising number of crimes against shop workers, which has hit a five-year high, and highlights workers suffering with post-traumatic stress disorder, more commonly seen in the armed forces.

Funded by The Co-op, the research has been undertaken by criminologist Dr Emmeline Taylor from City’s Department of Sociology.

In a report, unveiled today, she has for the first-time evidenced the impact and motivations of violence in the retail sector, which she describes as having “reached ‘epidemic’ proportions”.

The investigation calls on the Government to urgently protect employees and send a clear message that violence and verbal aggression will not be tolerated in shops.

The latest statistics show that assaults and threats against shop workers have risen three-fold*.

Workers fall victim to 42,000 violent incidents with 115 workers physically attacked every day, and many more verbally abused and threatened**.

In the above video, Dr Emmeline Taylor discusses the report's findings and recommendations

Estimates show that assaults and threats toward retail and wholesale staff are at the highest level since 2012*** with around two fifths (39%) of violent incidents resulting in injury****.

The strain of constant abuse and fear of physical violence is causing some shop workers to change their shift pattern, their place of work or, in the worst cases, terminate their employment entirely.

According to the report, it is evident that Government action is urgently needed to protect employees and send a clear message that violence and verbal abuse will not be tolerated in shops.

Dr Taylor said: “Multiple data sources show that the frequency and severity of violence towards shop workers is increasing.

“Often ignored as ‘retail crime’ and therefore somehow victimless, let’s not forget that behind each and every statistic is a person who has directly experienced violence or verbal abuse while simply doing their job."

“The accounts provided in this study by victims highlight that more needs to be done to protect shop workers.

“There are several actionable recommendations for the industry, government and communities that, if implemented, I believe will begin to reverse the upsurge in violence occurring in our shops.

“But tackling violence requires long-term meaningful investment in communities coupled with an effective criminal justice system that works to address the root causes of crime.

“Violence is preventable, not inevitable.” 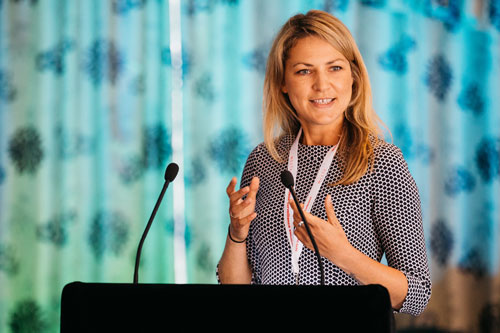 The author sets out seven key recommendations for action to tackle assaults and abuse against shop workers, including:

Co-op has launched a Safer Colleagues, Safer Communities campaign, and is working to raise awareness of the issue of violence and abuse against shop workers.

Co-op Food CEO, Jo Whitfield, said: “Nothing is more important to me than protecting our colleagues at the Co-op.

“I’ve worked in retail businesses for more than 20 years and I’ve never seen such high levels of violence and abuse. And it’s having lasting effects on the lives of workers, both mentally and physically.

“It is not part of the job to be verbally abused, threatened or attacked. We’re determined to make sure it isn’t and, in addition to industry-led initiatives, the sector needs Government action to stem the tide of abuse against shop workers and address the underlying causes that are known to result in violence.

“We hope the report’s recommendations force the Government, businesses, law enforcement and trade unions to act together to develop a strategy to protect all shop workers.”

The investigation identified four main causes in which violence and abuse are becoming prevalent: encountering shoplifters; enforcing legislation relating to the sale of age-restricted goods and other prohibited sales; hate-motivated incidents; and armed and unarmed robberies.

Challenging shop thieves is the number one trigger for violence and verbal abuse in the retail sector, accounting for 25% of incidents, says the report. But the report sets out that thieves can steal with relative impunity by stealing goods worth less than the £200 threshold set in the ASBCPA 2014.

The British Retail Consortium estimates that industry spend on crime control is at a record level, surpassing £1 billion per annum for the first time in the 2017-18 financial year. The report highlights that the true scale of retail crime remains unknown due to severe under-reporting to the police. As a result, it is often overlooked in police strategic plans. Reductions in spending on social services and the police have contributed towards rising levels of violence, it claims.

Evidence is detailed which suggests that the use of heroin and crack cocaine, alongside New Psychoactive Substances (NPS), is rising in England and Wales.

Both shop workers and offenders overwhelmingly identified drug addiction as a direct cause of violence in shops. And drug-affected offenders are being dealt with by inappropriate community orders or short custodial sentences that do nothing to target the root causes of their criminal behaviour.

The number of drug treatment orders has halved in the four years to 2018. And the report says significant opportunities to assist drug users to transition to a drug-free life are being missed.

The report challenges industry, government and communities to work together to develop a public health style approach to tackle the root causes of violence, not just the symptoms.

The Co-op has invested in innovative technology to keep its workers safe, including: the installation of the latest remote monitored CCTV; communication headset devices rolled-out to all front-line workers, and the targeted deployment of SmartWater Fog Cannons.

* Assaults and threats committed against the wholesale and retail sector has increased almost three-fold from 524 incidents per 1,000 premises in 2016 to 1,433 in 2017 according to the Home Office’s Commercial Victimisation Survey (CVS).

****2018 Crime Report by the Association of Convenience Stores (ACS)

The full report is available here.