Funded by the Higher Education Innovation Fund (HEIF), the roundtable featured three groups of stakeholders and interested parties. Attendees included a representatives from the Home Office, House of Commons Library, UK Parliament, civil society and charity groups, legal practitioners, academics as well as laypeople affected by and interested in Brexit. 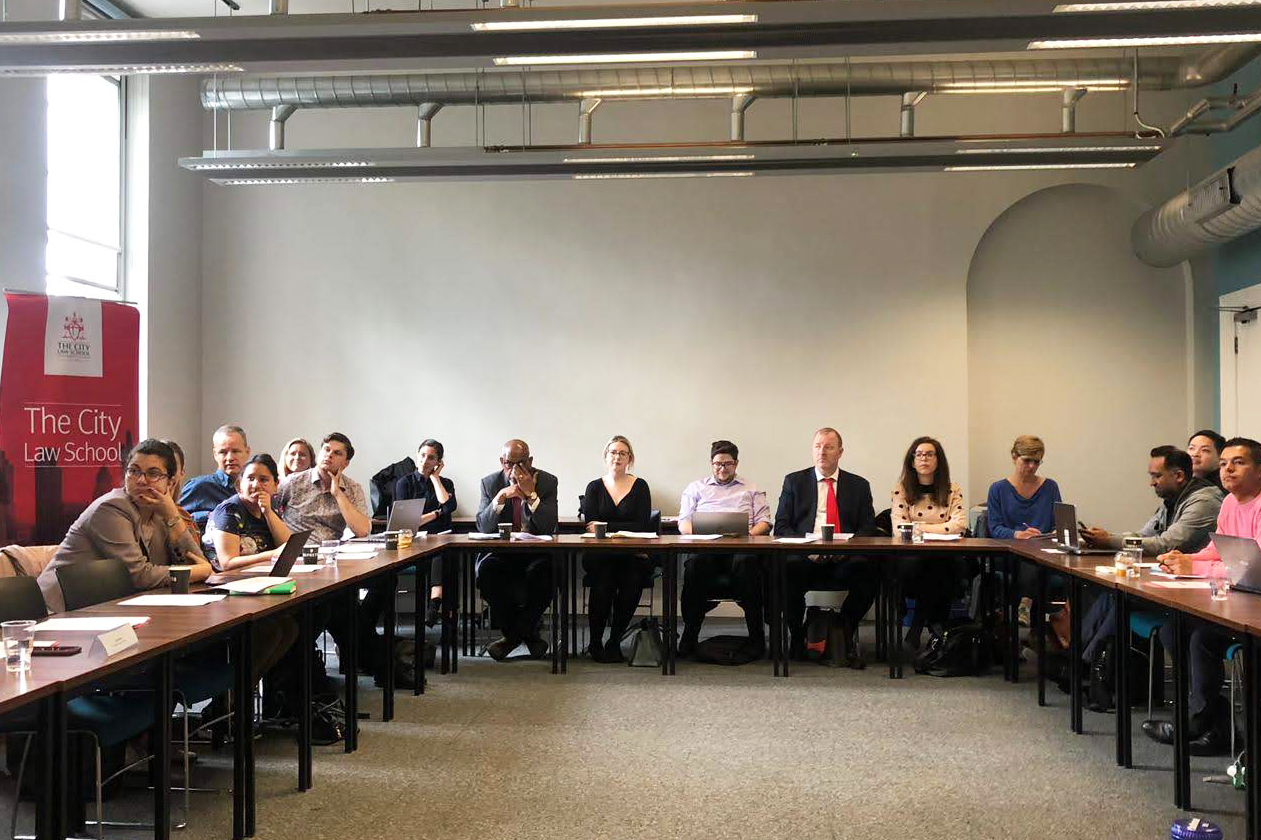 The first panel, chaired by Professor Elaine Fahey of The City Law School, was comprised of Hannah Wilkins of the House of Commons Library, Blanca Grey of the Home Office, Paul Erdunast of the Immigration Law Practitioners’ Association and Christopher Desira of Seraphus Solicitors. They spoke of the new governing systems of immigration in the UK in light of Brexit.

The second panel was chaired by Maja Zarkovic of The City Law School and comprised of Nicole Masri of Rights of Women, Ollie Persey of the Public Law Project, Kasia Zagrodniczek of East European Resource Centre and Mihai Calin Bica of the Roma Support Group. This panel spoke of vulnerable parties and experiences with individuals applying to the EU Settlement Scheme.

The final panel was chaired by Professor Daniel Wilsher of The City Law School and comprised of Dr Adrienne Yong of The City Law School, Dr Michaela Benson of Goldsmiths, University of London, Madeleine Sumption of the Migration Observatory (Oxford) and Sheona York of Kent Law School. They discussed the academic debates raised by immigration today, including of expulsion, of British citizens in the EU, of settled status and of the hostile environment.

Following the event, a report was compiled and edited by Dr Adrienne Yong and Maja Zarkovic, which included notes and contributions by the each of the speakers (apart from the Home Office) reflective of the roundtable itself.

The report will be of relevance to citizens affected by Brexit, civil society groups and charities working in immigration, campaigners and activists, practicing lawyers, government officials and academics working in the area.

The report has been published here as an open access City Law School Working Paper (2019/03).

For further information about the report or the roundtable itself, please contact Dr Adrienne Yong.