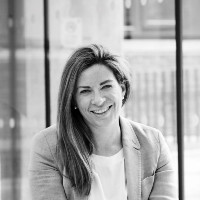 A Jean Monnet Chair is a teaching post with a specialisation in European Union Studies for university professors. It can only be held by one professor, who must provide the minimum of 90 teaching hours per academic year over a period of three consecutive years. In addition, the Chair must carry out at least one additional activity per academic year.

Previously, Professor Fahey was a Senior Postdoctoral Researcher at the Amsterdam Centre for European Law & Governance (ACELG) at the University of Amsterdam, a Max Weber Fellow at the European University Institute (EUI), Florence, and Assistant Lecturer and Lecturer in Law in Ireland (Dublin Institute of Technology; Trinity College Dublin). She has practised as a Barrister and was Chairperson of the Irish Society for European Law.

Professor Fahey's research interests span the relationship between EU law and global governance, trade, transatlantic relations, the EU’s Area of Freedom, Security and Justice and the study of law beyond the State. Her publications include a monograph, The Global Reach of EU Law (Routledge, 2016) and the multi-disciplinary edited volumes The Actors of Postnational Rule-Making: Conceptual Challenges of European and International Law (Routledge, 2015), A Transatlantic Community of Law (Cambridge University Press, 2014), Institutionalisation beyond the Nation State (Springer, 2018) and the textbook, An Introduction to Law & Global Governance (Edward Elgar, 2018).

Currently, she is co-investigator in the Marie Curie ITN on EU and Transatlantic Investment and Trade ('EUTIP') (2017-2021) and from 2018-2020 lead PI in the ESRC-funded UK-EU-Japan SSH Connections grant, TRILATTRADE, studying trade, regulation and IP with Keio Law School, Tokyo, Japan. She was recently awarded a British Academy/ Leverhulme Research Grant for the project 'Between Internal Laws and Global Practices: UN Instruments in the EU’s Area of Freedom, Security and Justice'. 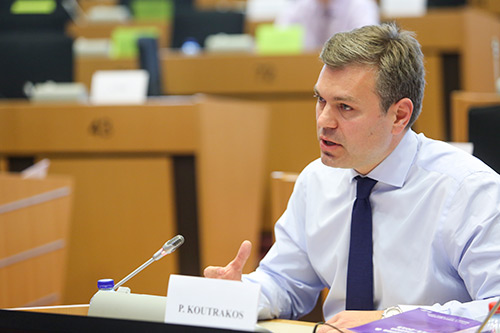 Professor Panos Koutrakos has been awarded the Jean Monnet Chair in EU Law.

He joined City in January 2013 as a Professor of European Union Law. Professor Koutrakos is a graduate of the Universities of Athens and London, completed a stage at the European Commission in Brussels and holds a PhD from the University of Birmingham.

Professor Koutrakos has written extensively on the law of the external relations of the European Union, covering trade, economic and political relations as well as the Union's security and defense policy. He also writes on the law of the single market, with emphasis on the free movement of goods and services. He is the joint editor of European Law Review, and sits on the Executive Committee of the UK Association for European Law (UKAEL).  Professor Koutrakos was called to the Bar in 2014 (Gray's Inn) and is also a member of the Athens Bar.