City, University of London’s Department of English were delighted to welcome The Guardian journalist and author Gary Younge on the evening of Thursday 10th October 2019.

The evening, billed as a question-and-answer session with the former City journalism student, focused on Younge’s life and work, with his experiences of issues commonly affecting the BAME community featuring heavily throughout.

After an introduction from City’s Associate Dean (People & Culture) Dr Jessica Jones Nielsen, the session was chaired by Dr Louisa Egbunike from the Department of English. 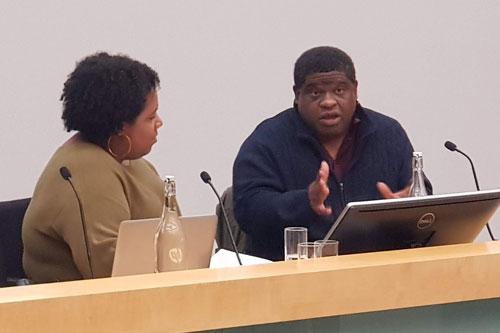 Younge, who studied for a postgraduate qualification in Newspaper Journalism at City in 1993, is an award-winning author, broadcaster and columnist for The Guardian, based in London.

He has written five books: Another Day in the Death of America: A Chronicle of Ten Short Lives; The Speech: The Story Behind Martin Luther King’s Dream; Who Are We – And Should it Matter in the 21st Century?; Stranger in a Strange Land: Travels in the Disunited States , and No Place Like Home: A Black Briton’s Journey Through the Deep South.

He has also made several radio and television documentaries on subjects ranging from gay marriage to Brexit.

One student asked Younge if he sees any BAME prime ministers among the current crop of Members of Parliament.

“My guess is that, if there is one, they will come from right rather than the left,” said Younge. “For the simple reason that the right can promote individuals, whereas the left is promoting people that come with the baggage of community and movements and so on.

“If, for instance, David Lammy or Diane Abbott stands, they stand with a set of demands which are systemically challenging. When Sajid Javid stands, he stands for himself.

“We have to ask ourselves: ‘I can see what’s in it for you, but what’s in it for us?’. To what extent do we want a kind of diversity where we get different coloured people with their arms on the levers, but who are doing the same thing?” 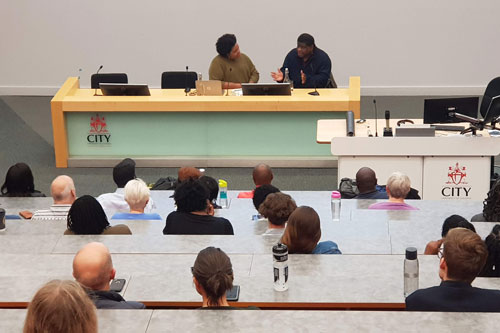 And in answer to a question on how history is currently being used to further political positions, Younge said:

“And when you say to people, ‘what about colonialism?’ they say, ‘Well, I didn’t do that; it had nothing to do with me’, and I think ‘Yes, but you didn’t play for England in 1966 either’.

“Power has many parents, but all the brutality it takes to acquire it is an orphan,” he said.