Cass Innovate returns in 2019 with an outstanding list of guest speakers.

As well as a premium line-up of Cass academics delivering the findings and insights of their world-class research, Cass Innovate 2019 also welcomes an exciting roster of guest speakers and panellists. 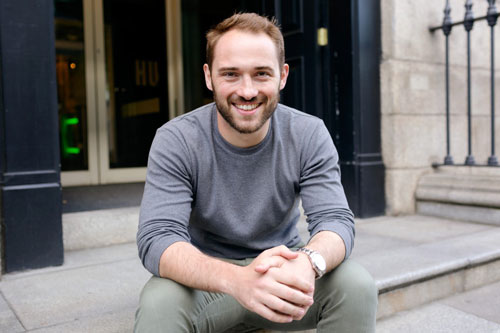 Andrew is Co-founder and COO at Huckletree, one of Europe's most iconic, technology-focused workplace accelerators - where members include of Silicon Valley Bank, Sweet Capital, Accenture Digital, Kontainers, and Butternut Box. Whilst leading Huckletree's commercial, financial and investment activities, Andrew is tasked with expanding their member-base across the UK, Ireland and continental Europe, where the business now operates nine locations with over 3,000 members. He also advises early-stage businesses across a wide range of sectors, helping them with fundraising, finance and strategy.

Prior to Huckletree, Andrew was a private equity executive at global investment management firm Cambridge Associates, where he advised corporate pension and sovereign wealth funds on over $5.0 billion of private equity, venture and real estate fund investments. Andrew began his career as an analyst at Parkmaster Investments and JP Morgan Asset Management, where he focused on property acquisitions and asset management. He holds a BSc in Construction Economics from WIT, a BSc in Quantity Surveying from Liverpool John Moores University, and an MSc in Real Estate Investment from Cass Business School, London. 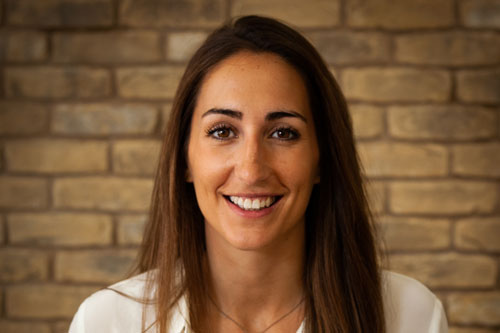 Liz is Head of Network and Portfolio Services at Kindred Capital, an early stage venture capital investor focusing on European tech companies. Kindred are pioneering a unique model of Equitable Venture, where they share carry with founders. Liz supports 30+ portfolio companies post-investment, connecting them to Kindred's network of startups and advisers, and addressing seed stage growth challenges. Liz completed her MBA at Cass in 2018, where she was head of the Women in Business Society. Prior to studying at Cass, she was responsible for product, operations and client relations as Director of a digital brand consulting company.

Zoe Peden loves to invest in and build tech companies that 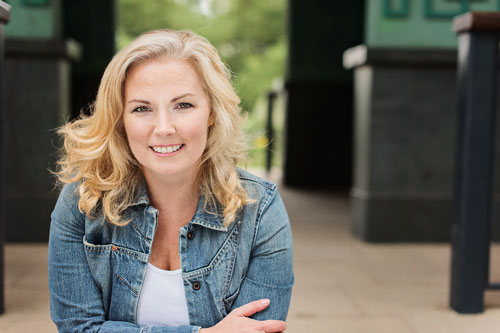 change lives with measurable impact. She has spent almost 20 years researching, designing and building products and services across healthcare, education and social care. Her entrepreneurial journey started when the iPad first came out. She created an app called MyChoicePad. It has helped develop language and communication for over 110,000 children and adults across the UK so far and continues to keep on growing. Achievements include Elle Magazine UK Female Social Entrepreneur of the Year, Finalist Global Mobile Awards, BAA Female led investment of the Year, BT Connected Society Award, Big Venture Challenge Winner to name a few. She's also a Visiting Lecturer at Cass Business School, teaching some of the world's brightest future entrepreneurs on the MSc Entrepreneurship. Her work as a VC for Ananda Impact Ventures sees her visiting lots of startups as she looks for late seed/Series A investments. 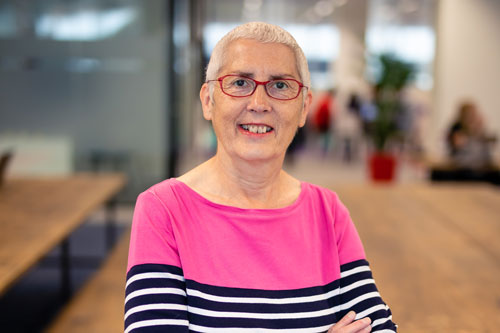 Catherine co-founded WorldRemit in 2010, convinced that digital innovation would enable faster, lower-cost money transfers around the world. She frequently appears at conferences and in the international media talking on issues from fintech and innovation to women in business. A qualified accountant, she has extensive international experience and has held several previous corporate leadership roles. She is also the Pathway Leader for the Fintech Entrepreneurship Specialist Pathway at Cambridge Judge Launchpad, and a board adviser to a Fintech for good company called beam.org. Beam supports homeless people through training and into rewarding work using crowdfunding. 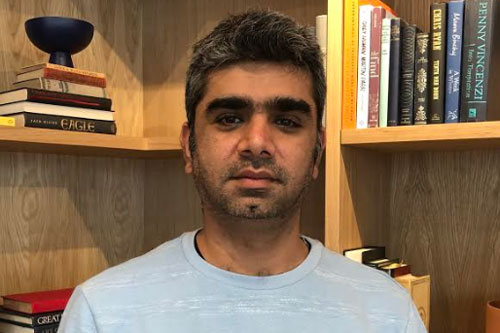 Omer Ahsan leads Innovation & Propositions for the Commercial Bank at HSBC. As part of his role, he is responsible for integrating new technologies to enable growth of the business, alongside exploring new digital models that add to the capabilities of the bank and respond to client needs better. He is the HSBC representative on We.Trade, which is a blockchain based trade platform being developed to support SME trade by a consortium of seven European banks. Prior to this, he spent two years as the Head of Propositions in the Global Trade and Receivables Finance business at HSBC. He was Director, International Corporate Banking at Barclays responsible for integrating and growing corporate banking business across 14 markets in Africa and establishing new operations in Asia and U.S. He was also responsible to co-ordinate digital transformation of the business. 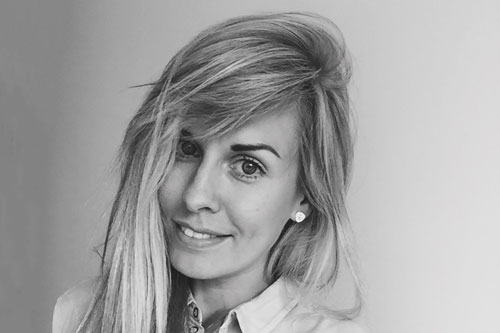 Triin is looking after investments at Founders Factory - a highly active early-stage investor in London, backed by seven leading international corporates: L'Oreal, M&S, The Guardian Media Group, Aviva, easyJet, Holtzbrinck, CSC, Reckitt Benckiser. Before joining Founders Factory, she was Head of Ecosystem at Startupbootcamp, early stage investor and accelerator. Previously she helped to establish a handful of tech startups, was recently shortlisted in Women in FinTech Powerlist 'Investors' Category by Innovate Finance. She also helps startups to scale in UK and beyond through British Estonian Chamber of Commerce and Swedish Chamber of Commerce 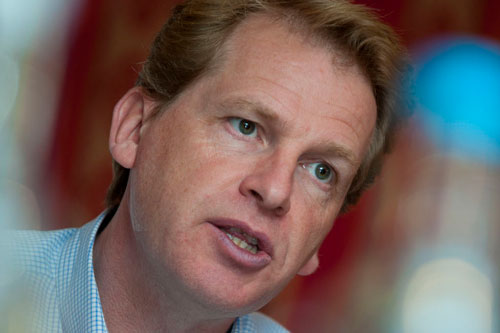 Nigel Toon is the co-founder and CEO at Graphcore, a new silicon and systems company based in Bristol, UK and Palo Alto, USA that has developed a new type of processor, the Intelligence Processing Unit (IPU), to accelerate machine learning and AI applications. Since its founding in 2016, Nigel has secured over $300m in funding and support for the company from some of the world’s leading venture capital firms including Sequoia Capital, Foundation Capital and Atomico, from major corporations including BMW, Bosch, Dell, Microsoft and Samsung and from eminent Artificial Intelligence innovators. Nigel has a background as a technology business leader, entrepreneur and engineer having been CEO at two successful VC-backed processor companies XMOS and Picochip, a founder at Icera and VP/GM at Altera where he spent over 13 years and was responsible for establishing and building the European business unit that he grew to over $400m in annual revenues. Nigel was a non-executive director at Imagination Technologies PLC until its acquisition in 2017 and is the author on 3 patents. 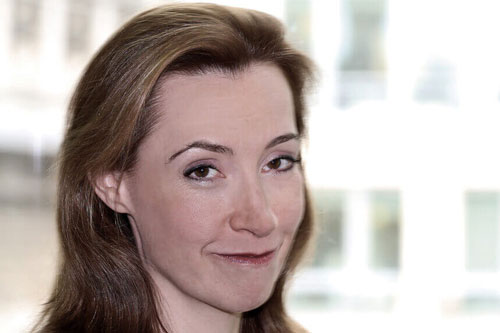 Joanne is one of the leading experts in the field of satellite regulation and commercial contracts, having worked at both Ofcom, the European Space Agency and for over 20 years in private legal practice in this area. She was awarded an MBE for services to the UK space industry in 2017. She is ranked in Tier 1 in legal directories for her satellite and communications regulatory and commercial contracts expertise./Joanne won the Financial Times European Legal Innovator of the Year award in 2014 for her work with the UK space industry and government. She is the co-founder and Chair of the Satellite Finance Network (www.satellitefinancenetwork.org) and writes two regulatory columns for international satellite industry journals: Via Satellite; and Satellite Finance. She is also a Fellow of the Royal Astronomical Society and the Royal Aeronautical Society and trustee of the National Space Centre and chair of the steering board of the National Space Academy. 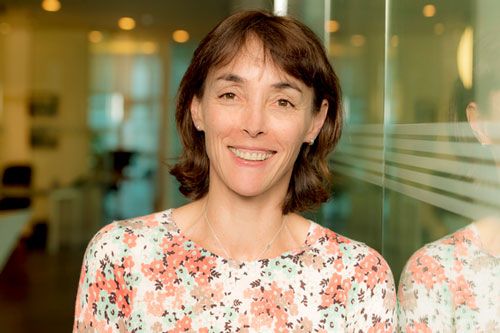 Laurel has led investments and been on the boards of many Multi-Billion-Dollar European technology companies, including Hybris (acquired by SAP), iZettle (acquired by PayPal), Just Eat (LSE: JE) and Qliktech (NASDAQ: QLIK)./Laurel’s current company boards and investments include BlueVine, Celonis, Ebury, Lendbuzz, Mirakl, MotorK, TIS, Wolt and Workable. She is also on the Boards of Investec PLC and Ltd./She is an angel investor in companies such as Fizzback (acquired by Nice Systems), Wix (NASDAQ:WIX), FreeAgent and Secret Escapes./Laurel was previously at JVP and GE Capital in London. 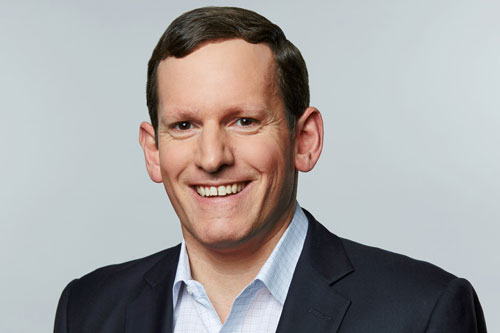 John is a co-founder of Farview Equity Partners, a venture capital and growth equity firm investing in growth-oriented enterprise and financial technology companies in Europe. Previously, he spent 18 years at TCV, a provider of capital to growth-stage companies in the technology sector. He established TCV’s European investment team and led investments in Believe Music Group, TastyWorks, World Remit, NewVoiceMedia, Spotify and more. John started his career as an investment banking analyst and is an economics alumnus of Princeton University. 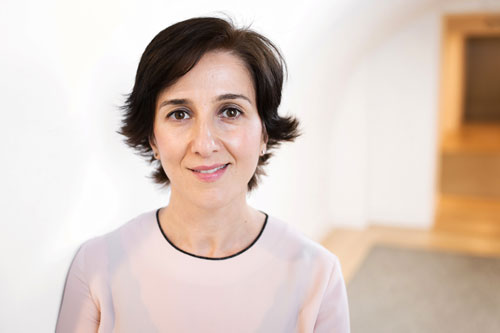 Ana heads up the Enterprise Hub team at the Royal Academy of Engineering supporting technology entrepreneurs on their journey of setting up and growing innovative engineering companies. Ana started her career in a technology start-up overseeing introduction of a number of innovative products and services to market. Ana’s most recent role before the Academy was with the technology and innovation consultancy, PA Consulting Group, where she worked with a wide range of clients on business growth, innovation and economic growth projects, including an assignment setting up a technology hub in Beirut, Lebanon. 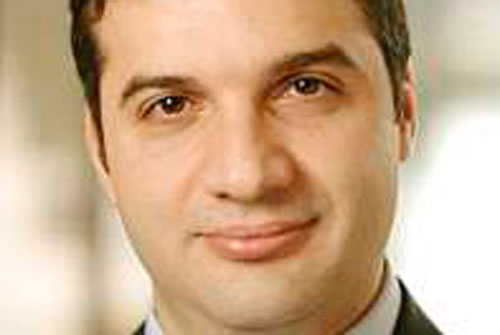 Philippos is a co-founder of Maven Global and Panthir Capital. Previously, he was Global coHead of FX Structuring at Barclays Capital. Before Barclays, he was responsible for Merrill Lynch’s European Structuring, where he started his career in Investment Banking. Passionate about innovation, his teams have won multiple innovation awards and he is the co-author of several financial patents. Philippos holds a BA from Oxford, and an MA /MBA from Yale. He sits on the boards of Brookstreet Equity and YPO London and is the Deputy Director of the Centre for Innovation and Disruption. 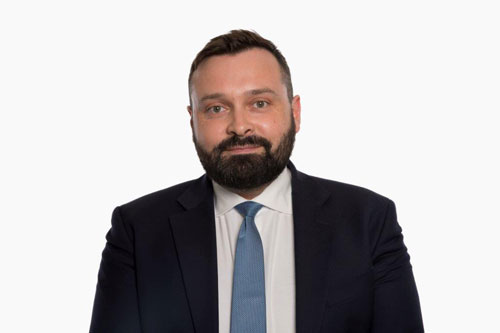 Director of Fintech at the Bank of England. He took on this this position when it was established in July 2018./Previously Tom was Head of International Policy and Strategy. His responsibilities included leading the Bank’s strategy on financial sector issues in the G20, Financial Stability Board, European Systemic Risk Board and the Bank for International Settlements./Tom has also been a Head of Division in Prudential Policy and also worked in supervision of major international firms./He was educated at the London School of Economics.