Around 4.7 million European women give birth each year. Despite the strong evidence for midwifery-led care and midwifery units, most EU countries still offer women very limited choice regarding place of birth and lead practitioner, with referral to an obstetric unit at a hospital being the mainstream option. 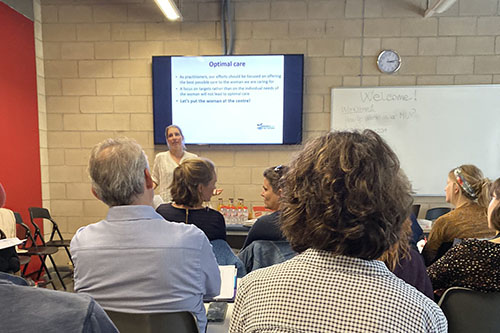 Working in partnership with City , University of London, the Midwifery Unit Network (MUNet) supports and promotes the development and growth of midwifery units (birth centres), primarily across Europe, but also further afield. Its vision is to improve women’s and children’s health by ensuring that midwifery units become mainstream rather than an alternative within maternity service settings.

The Network held its first European conference, and third European advisory board meeting in Barcelona, Spain, on the 4th and 5th of November 2019, having collaborated with researchers, service users, maternity services leaders and clinicians from across Europe to design the scientific programme.

Day two was focused around a keynote session chaired by midwife, author and former Chair of the Iolanthe Midwifery Trust, Sheena Byrom OBE. 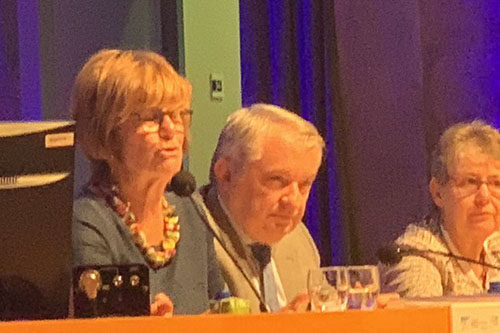 During the session, Mrs Rineke Schram, Consultant Obstetrician and Chief Medical Officer at East Lancashire Hospital’s NHS Trust, spoke of the obstetrician’s view of Midwifery Units, reminding her audience that, “we are just beginning to understand the short and long term effects of unnecessary childbirth interventions.” 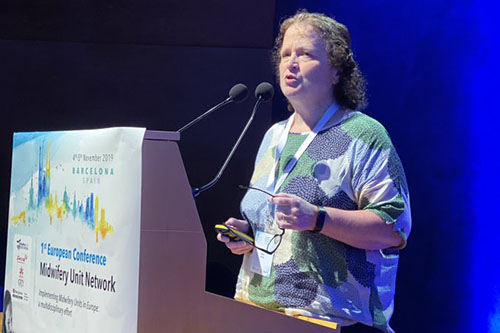 Dr Kathryn Gutteridge, President of the Royal College of Midwives (RCM) in the UK, discussed the challenges in establishing Midwifery Units as mainstream services, yet importantly highlighted some of the successes of MU’s. 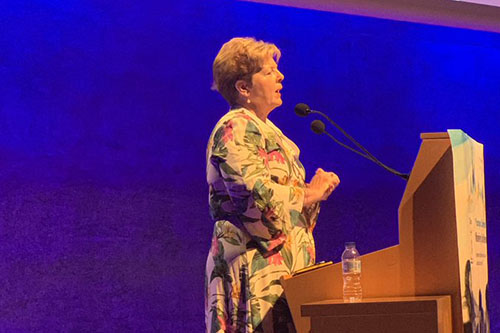 Dr Lucia Rocca-Ihenacho, MUNet lead, provided an overview of the Midwifery Unit Standards launched earlier in the year. The standards were developed by City, University of London, MUNet and the European Midwives Association (EMA) with the purpose of improving the quality of maternity care and reduce variability in practice across Europe.
The MU Standards recently received endorsement from the National Institute of Healthcare Excellence (NICE) as they are considered to accurately reflect recommendations found in the NICE guidance on intrapartum care for healthy women and babies.

Further conference sessions included, ‘Barriers and facilitators to implementing Midwifery Units in Europe’ and ‘How to make existing Midwifery Units work effectively’ with talks from speakers from Bulgaria, Italy, Belgium, Czech Republic, Spain, Wales, Netherlands, Northern Ireland and England. These sessions were followed by a host nation specific session, ‘Towards the implementation of Units led by midwives in Spain.’

Professor Gerard Visser is Emeritus Professor of Obstetrics and former head of the Department of Obstetrics, Gynaecology and Neonatology at University Medical Center, Utrecht, Netherlands. He is also a member and past chair of the International Federation of Gynecology and Obstetrics (FIGO) Committee of Safe Motherhood and Newborn Health Initiative.

In the final round-table discussion session, ‘How are we going to move things forward?’ on how to support the implementation of more midwifery units across Europe, Professor Visser stressed that, “women having straightforward pregnancies are better off in the hands of midwives” and strongly criticised the overuse of obstetric interventions across Europe and globally. 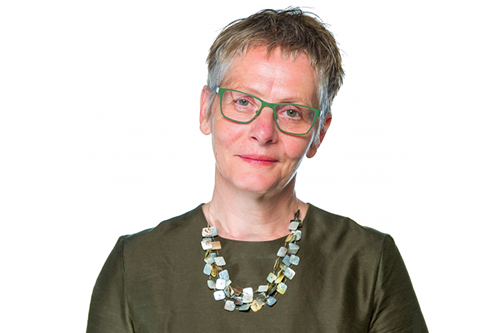 Franka Cadée, is President of the International Confederation of Midwives (ICM), and an expert midwife and advisor on international maternal health. During the roundtable discussion she welcomed the vision of increasing the provision of midwifery units as a way to improve humanised midwifery care and encourage midwives towards respectful care and a human rights based approach. 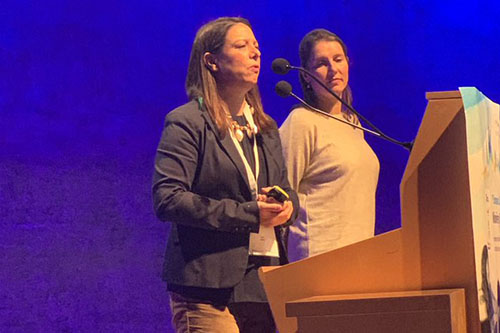 “The theme of the conference was ‘the interdisciplinary effort’ in implementing midwifery units in Europe, and the message was clear: the improvement of maternity services and optimisation of skills and resources has to be ‘everybody’s business.”

“MUNet supports this shift through research, policy, leadership, quality improvement, training, influencing, information, support and networking activities. The MUNet team was delighted to be working in partnership with City, University of London, the Spanish group of the Midwifery Unit Network, the Federación de Asociaciones de Matronas de España and Blanquerna-Universitat Ramon Llull, to the success of the conference.”

The conclusions of the conference were that we need to work collaboratively with service users, midwives, obstetricians, neonatologists, commissioners, politicians and policy-makers to co-produce new sustainable plans and pathways putting the woman and the family at the centre. Midwifery Units must be part of the improvement strategy in every European country.

In July 2019, City, University of London and MUNet collaborated on another project: the Optimum Birth Summer School, for international midwives, obstetricians as well as other maternity care providers, to enhance their confidence in supporting women to have a positive birth experience and reducing unnecessary intrapartum interventions.

Over 30 professionals took part in the event from across the globe including Japan, Saudi Arabia, Germany, Italy and Spain.

What is the Midwifery Unit Network’s Vision?

The midwifery Unit Network (MUNet) is a not-for-profit community of practice which aims to support and promote the development and growth of midwifery units (birth centres). They aim for midwifery units to be a primary care, easily accessible, mainstream option for women with uncomplicated pregnancies and their partners everywhere in Europe. In this vision midwifery units become a public health intervention which is associated with better outcomes and reduced costs. 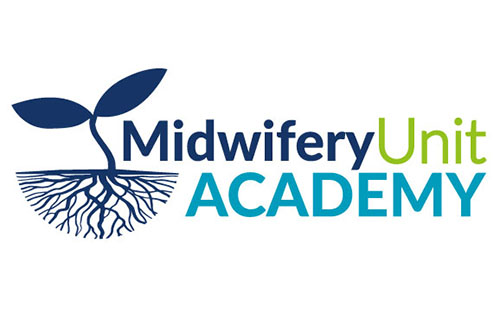 In June 2019, the Midwifery Unit Academy was launched at the 14th Normal Labour & Birth Research Conference, held in Cumbria, UK.

The Academy is the training and educational arm of MUNet and is currently delivering training across Europe in several languages. The training focuses on the development of the philosophy, knowledge and skills required within an interdisciplinary team to be able to offer optimal care to women and their babies. The focus is on maternal safety, including physical, emotional and spiritual safety, and the positive experiences of service users as well as staff.

On the 1st December, 2019, MUNet will launch its e-learning modules which will be made available via the Midwifery Unit website.

For further information you can email MUNet at info@munetwork.org or visit the Midwifery Unit Network website.