On Thursday 14 November, The City Law School (CLS) marked the official launch of its Working Paper Series with an event attended by colleagues from across the school and by guest speaker, HHJ Nicholas Hilliard QC, of the High Court of Justice. 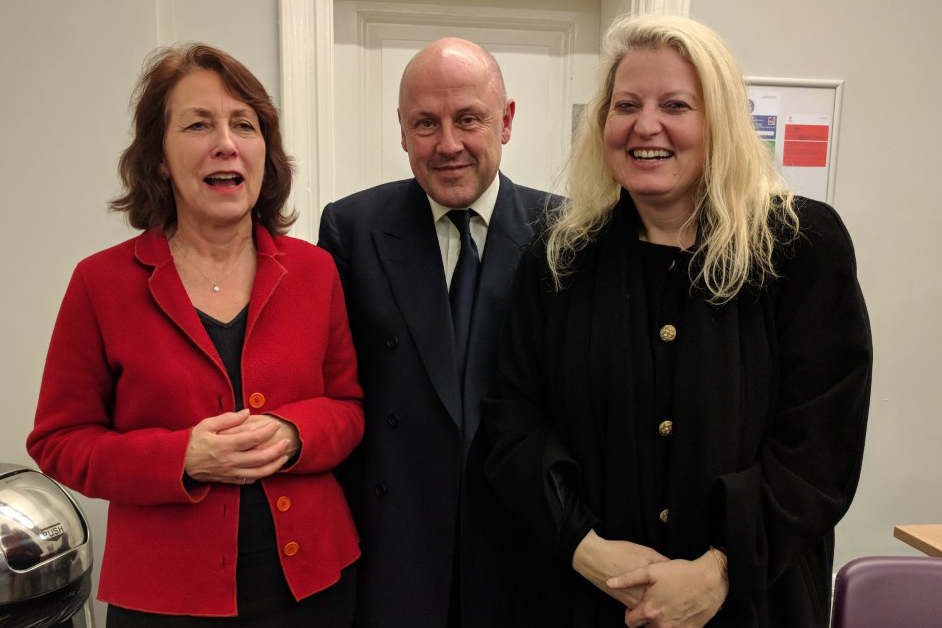 Managing Co-Editors, Dr John Stanton and Dr Adrienne Yong, spoke about the new series, which has already attracted a number of submissions, before HHJ Hilliard QC spoke on academic scholarship in the legal profession, with a particular emphasis on Criminal Law. HHJ Hilliard QC was called to the bar in 1981, taking silk in 2008 and being appointed to the bench in 2012. Prior to his appointment as a judge of the High Court of Justice, HHJ Hilliard QC was the Recorder of London, the most senior judge at the Old Bailey.

The launch event was attended by colleagues from across the school, including academics from Northampton Square and Gray’s Inn Place, law librarians and PhD students. A number of the members of the Working Paper Series Editorial Board were also in attendance.

The CLS Working Paper Series, managed by Dr John Stanton and Dr Adrienne Yong is an open access forum at the City Law School which accepts all forms of submissions, including case and legislation notes, journal articles, book chapters and conference reports. Staff members across the entire School, our doctoral students (present and past) and all visitors to CLS or CLS contacts are all encouraged to submit their work.

The WP series presents an ideal place to disseminate academic work broadly, increase downloads and enhance external understanding of the work of the School. The School’s research librarian and the publications team advise and liaise with authors regarding copyright.