From City to City AM

“City gave me the courage and confidence to ask the difficult questions.”

Working to short deadlines with large industries is something Alex Daniel, (MA Magazine Journalism, 2018) has become very familiar with.

The City AM reporter recently joined a long list of 13 City alumni to be named Student Journalist of the Year at the PPA Professional Publishers Association Annual New Talent Awards, the most prestigious magazine writing awards.

Now reporting on industry giants like Ford and British Steel, Alex cites the Magazine Journalism course at City, as the main reason why he is so comfortable working in a fast-paced breaking news environment.

How did it feel to win the Student Journalist of the Year prize at the PPA (Professional Publishers Association) annual New Talent Awards?

Winning the prize at the PPA was brilliant as it felt like a lot of work had paid off.

There were many people from City up for awards on the night, journalists who have been published in National papers already, so to be against that level of competition was exciting.

That is the great thing about the Magazine Journalism Masters course, there were so many talented writers who inspired me to work harder.

What would you say is the biggest story that you have broken/worked on at City AM?

I have been working at City AM for six months now and have been a part of some great stories. The biggest one being where I covered the demise of a government contractor called Interserve.

There were so many twists and turns in the story, including a US hedge fund getting involved.

This was the first time I had been part of a group of reporters from all different publications looking for a scoop. To be trying to get something before experienced journalists from major publications like the FT, The Guardian and Sky News was a real challenge!

Each day is different as we have shift patterns. Usually you arrive at 8am or 10am and lay out your day’s agenda to the editor. Once you have had your stories approved, you spend the day writing them – it could be 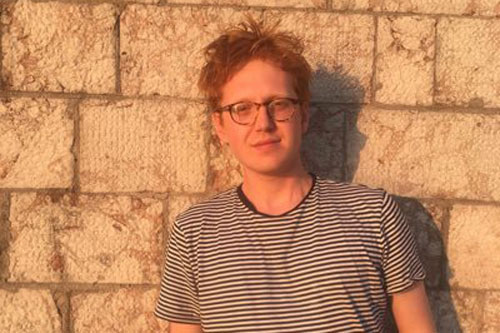 between six or seven on a busy day.

When searching for stories you look for tips from contacts on social media or in the news. Sometimes you only get a small piece of information which sends you to somewhere else and then like a jigsaw puzzle you have to piece it all together.

How has studying the MA in Magazine Journalism helped you at City AM or in your wider career?

I wouldn’t be a journalist had I not done the Magazine Masters at City and if I had pursued another course or journalist qualification then I would be nowhere near as good at my job.

The course prepares you very well. You are thrown in the deep end as one of our first tasks was to find stories from people who have had life changing experiences, with only a deadline of one week.

It can be daunting, but it really sets you up for life as a journalist. City gave me the courage and confidence to ask difficult questions – that baptism by fire makes you less scared to do anything else!