Renowned sociologist will lead the new Violence and Society Centre, at City, University of London, with immediate effect

City, University of London has appointed Professor Sylvia Walby OBE as Professor of Sociology and Director of a new interdisciplinary research centre, ‘Violence and Society’.

Professor Walby joins City from Lancaster University where she was Distinguished Professor of Sociology, UNESCO Chair in Gender Research, and Director of the Violence and Society UNESCO Centre.

The ultimate goal of the new Violence and Society Centre is to develop the knowledge base in support of a zero violence future. This includes understanding its gender dimensions.

To this end, the Centre will hold research grants, supervise PhDs, run seminars and conferences, help develop educational programmes, and engage with governmental and non-governmental bodies.

The Violence and Society Centre will be interdisciplinary and international in focus. It will engage across the social sciences at City, with academics based in Sociology and Politics within the School of Arts & Social Sciences, as well as The City Law School and the School of Health Sciences.

Five academic posts will be advertised in these three Schools shortly, as well as a Research Administrator post and PhD scholarships.

“I am thrilled to join City, University of London, its Department of Sociology, and to lead its Violence and Society Centre. It will contribute research to support the new thinking and policies needed to move ‘Towards Zero Violence’.

“City is an excellent environment for sociology and the social sciences. The five posts and administrative support will provide the resources to establish the Centre nationally and internationally.”

In her research, Professor Walby seeks to develop a theory of society that takes better account of violence and of gender inequality.

Her theoretical approach and empirical research contributes to the explanation of variations in violence, to improving the way violence is measured, and to specific analyses of human trafficking, violent crime, rape, and domestic violence.

Professor Walby’s books include Globalization and Inequalities: Complexity and Contested Modernities (Sage, 2009), which considers questions such as: Why do Americans die younger than Europeans, despite larger incomes? Is there an alternative to neoliberalism? Who are the champions of social democracy? And, why are some countries more violent than others? 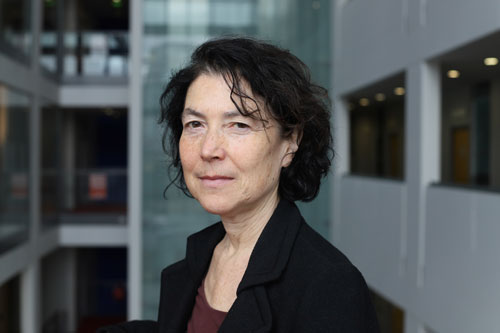 A subsequent book, Crisis (Polity, 2015), addresses the changing role of the democratic state in regulating finance and the economy and offers a route towards an alternative future, one which does not exacerbate class and gender inequalities.

Professor Walby and her colleagues’ at the Violence and Society UNESCO Centre at Lancaster demonstrated how new methods to measure violence make visible the previously hidden extent of gender-based violence.

They developed a new measurement framework, outlined in The Concept and Measurement of Violence against Women and Men (Policy Press, 2017), and contributed to improvements in the way the Office for National Statistics count violent crime, reducing its underestimation of domestic violence and violence against women.

“It is fantastic that an academic of Sylvia’s standing is joining the School. Over several decades she has pioneered research around gender, sociological theory, violence and society.

“I’m sure that Sylvia will make an enormous contribution to further enhancing the School’s research and education profile and I very much look forward to working with her to that end.”

“I am delighted that Professor Sylvia Walby has joined us at City. Sylvia, one the country’s leading sociologists, made her name for her prodigious and influential publications on domestic violence, patriarchy, gender relations in the workplace and globalisation.

“She will draw on our strengths across the social sciences to build a research centre focused on violence and society. I’m sure that colleagues will join me in welcoming Sylvia to City.”

“City is thrilled to have Professor Walby join us to establish a new interdisciplinary research centre on violence and society.

“In its 125th year, City is making a substantial investment in this area. We recognise the tremendous opportunity for building the university’s reputation for research excellence in this field and this is a crucial strategic development within our Vision & Strategy 2026.

“I would like to offer Professor Walby – as well as her colleagues and research students who will also be joining us – the warmest of welcomes.”

Professor Walby was awarded an OBE for services to equality and diversity in 2008. Among her numerous contributions to professional social science, she is Chair of the Research Excellent Framework (REF) sub-panel for Sociology.

About Professor Sylvia Walby and the Violence and Society Centre