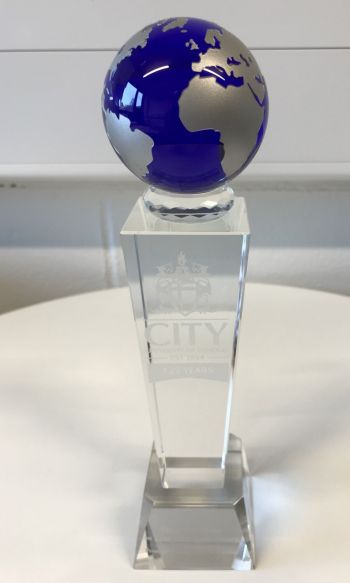 The celebratory event took place from 18th to 20th February.

He was one of over 40 international alumni who were invited to the event by the university’s Rector.

At a special ceremonial event dedicated to international partners Professor Khan presented SPPU with a commemorative gift and a letter of congratulations from City's President, Professor Sir Paul Curran, which was read aloud.

During the two-day celebrations more than 6,000 alumni from across Russia who graduated since 1970, participated in exhibitions, a gala concert and student ball.

"Peter the Great St Petersburg Polytechnic University is a key partner for City in Russia. The first agreement of co-operation between our universities was signed almost 25 years ago in 1995 and we are proud of our close relationship with this great institution."

While in St Petersburg, Professor Khan also gave a talk to a large audience of prospective students from SPPU and interviewed four candidates who have applied to come to City in September on a dual award MSc programme City is also partnered with SPPU via WC2, a network of universities located in major cities exploring the challenges and opportunities facing urban areas.

This Summer SPPU will host the annual meeting of the network on the theme of Smart Cities and Digital Society.