The event, which featured a reading by the author to musical accompaniment, was a hit with both children and adults

Academics from the Department of Music at City, University of London who contributed towards a new illustrated children’s book – and accompanying soundtrack – have participated in the book’s official launch at the British Library.

The story, which brings a legendary 10th century Iranian story to contemporary audiences, had a reading by its author Sally Pomme Clayton, to musical accompaniment on traditional Iranian instruments, played by musicians who had contributed to the original soundtrack.

Pomme Clayton is a pioneering author and storyteller who is passionate about bringing myths and fairytales back to life.

The book was published by Tiny Owl Publishing, who were heavily involved throughout a collaborative process. 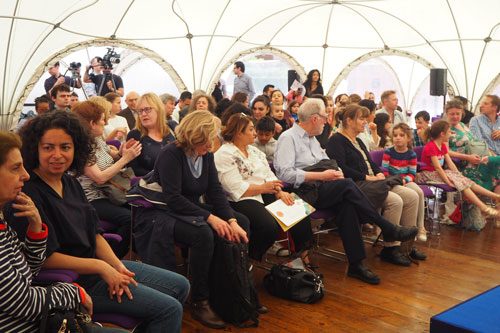 The audience eagerly anticipating the storytelling

A large crowd of adults and children gathered for the event, as a popular story from Iranian mythology and literature was brought to a central London audience.

Professor Nooshin said: “We had a really successful and well-attended launch at the British Library, including a live performance of the story and music.

“It was simply wonderful to see so many families getting pleasure from this story and the music.

“When we started the project I could not have imagined it would be such a success.”

After the storytelling, children and adults had the opportunity to get their copies of Phoenix of Persia signed by Pomme Clayton and the musicians. 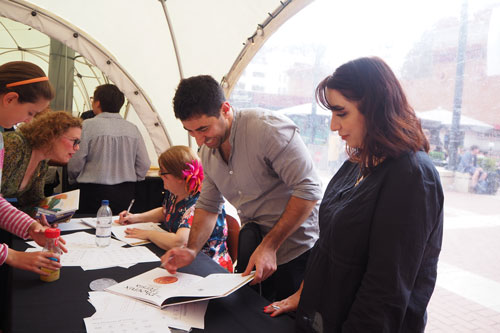 The author and musicians sign copies of Phoenix of Persia 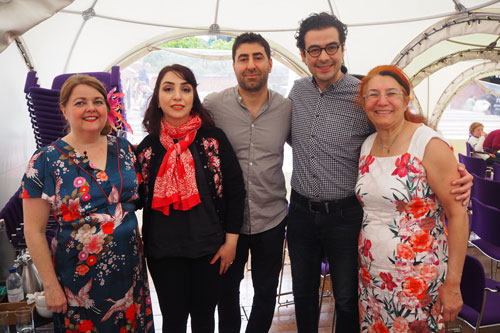 Professor Laudan Nooshin (right) with the author and musicians

A project with impact

The Phoenix of Persia project is part of Professor Nooshin’s ongoing work around disseminating Iranian musical culture in Britain.

The project is set to be an Impact Case Study in the 2021 Research Excellence Framework (the system for assessing the quality of research in UK higher education institutions).

You can read more about the Impact Case Study by clicking here.