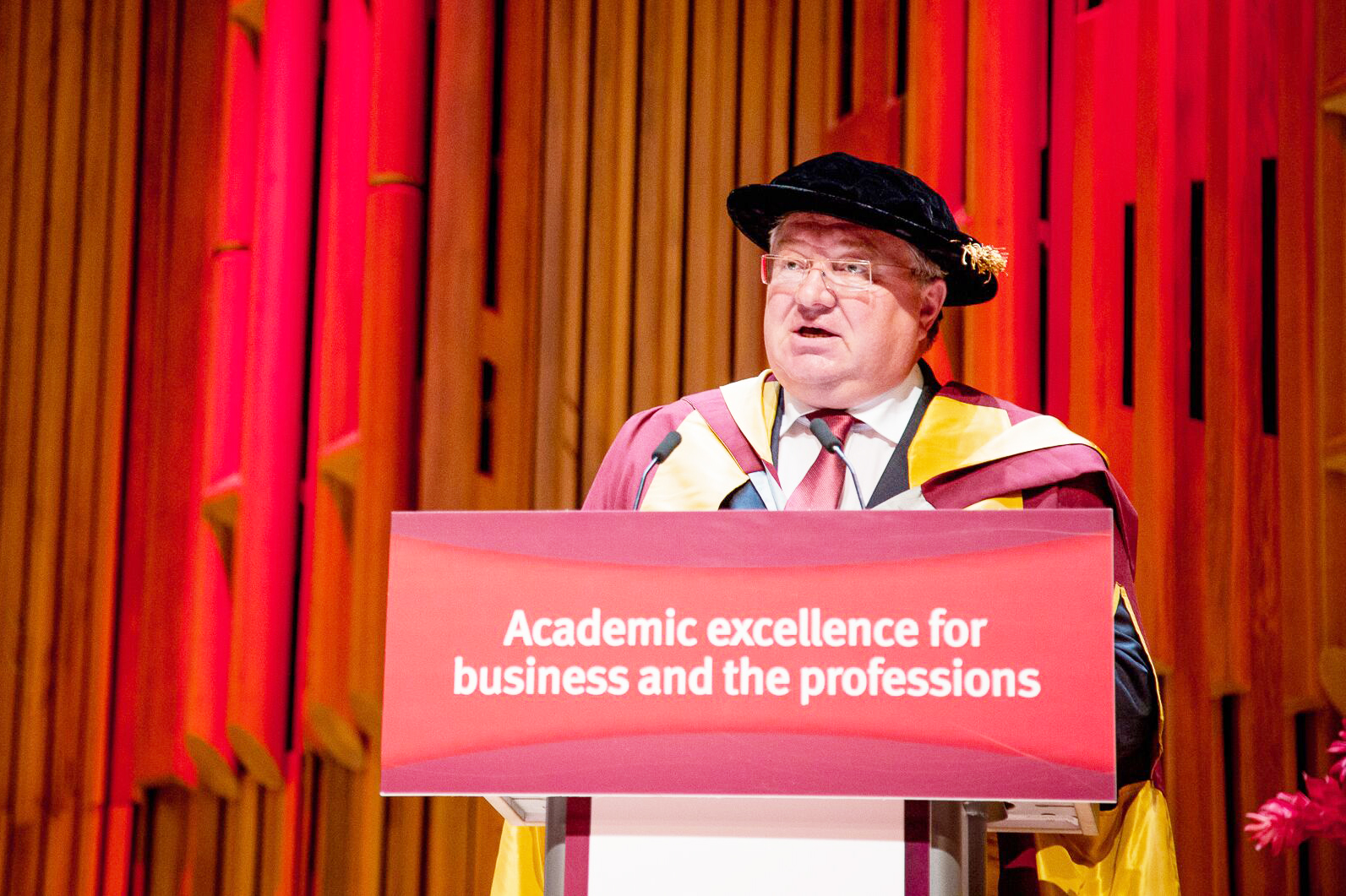 Professor Andrei Rudskoi was awarded an Honorary Doctor of Science degree (Honoris Causa) by City, University of London, in recognition of his outstanding contribution to science and technology and higher education leadership.

The presentation was made during the graduation ceremony of the School of Mathematics, Computer Science & Engineering on Tuesday 16th July.

An Academician of the Russian Academy of Sciences (RAS), Professor Rudskoi is an internationally renowned scientist and a respected engineer in the area of nanotechnology and novel functional materials.

He is the Rector of Peter the Great St. Petersburg Polytechnic University (SPPU) - among the top 10 most prestigious higher education institutions in Russia. SPPU has been City’s key partner in Russia since 1995 and an active member of the World Cities World Class University (WC2) network of leading universities, launched by City in 2010.

Born in February 1957, Professor Rudskoi graduated from St. Petersburg Polytechnic University (formerly Leningrad M. I. Kalinin Polytechnic Institute) in 1981 from which he also received his PhD and DSc degrees in 1985 and 1998 respectively.

He was elected Corresponding Member of the Russian Academy of Sciences (RAS) in 2008 and an Academician of the RAS in 2016. Professor Rudskoi is a prominent scientist in the field of thermo-mechanical processing of materials, powdered materials, synthesis of metal-matrix composite materials and materials for additive technologies. He has authored over 300 scientific papers, 8 inventions and 13 books, monographs and compositions in areas of nanotechnology, materials science and metal forming.

Professor Rudskoi is a member of the Presidium of the Presidential Council for Economic Modernisation and Innovative Development of Russia and Chairman of the Presidential Grants Council of State Support for Young Russian Reseachers and Leading Scientific Schools. He is the recipient of many prizes, medals and honorary degrees such as the Isaac Newton Medal (Germany, 2007), Honorary Doctorate from Brandenburg University of Technology Cottbus-Senftenberg (Germany, 2017). He is a Professor-Consultant at the Max Planck Institute, Germany (2015), an Honorary Professor of prestigious Tsinghua University, China (2019) and an Honorary Senator of Leibnitz University Hanover, Germany (2019).