Cass Business School and the Cass Centre for Charity Effectiveness are pleased to announce that Professor Paul Palmer has been selected for a position as Deputy Lieutenant of Greater London.

The Lord Lieutenant of Greater London, Sir Kenneth Olisa OBE, appoints Deputy-Lieutenants who are well known for their service to the community through their public life, charitable activities, voluntary service or uniformed services. 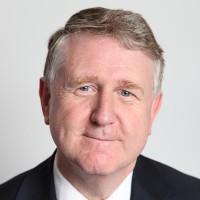 Professor Palmer has given Sir Kenneth a written assurance that he will continue to serve the community and, as is custom before Deputy Lieutenants are appointed, that he will assist in the performance of any public duty which may be laid upon the Lord-Lieutenant.

“I look forward to supporting Sir Kenneth through my existing work at the CCE but primarily through the work of the School Engagement Project and by using education as a tool to achieve Sir Kenneth’s ambition of creating a fairer London,” Professor Palmer said.

As the first of his family to enrol in higher education, and the first to attain professional qualifications and a PhD, Professor Palmer said being awarded a Deputy Lieutenancy was both a tremendous honour and a counter to issues of social mobility.

“I was in care and a ward of the court until I was eight years old and very much written off,” he said.

“To achieve this and to be involved in this work is testament that opportunity and recognition should be open to all, irrespective of birth and circumstance.

“Above all else though, this is a chance for me to pay back to society and to help others reach their aspirations and achieve.”