New appointments in the Department of Journalism

It’s been a busy few months for City’s Department of Journalism, with three appointments to formally announce

The Department of Journalism at City, University of London is delighted to announce that our new Programme Director for the MA Investigative Journalism course is Dr Richard Danbury. He will be joining us on 1st September 2019 from De Montfort University, where he currently runs their investigative journalism master’s course.

Richard has a background in journalism, law and academia. He practiced briefly as a criminal barrister, before joining the BBC, where he worked for a decade.

He was based in news and current affairs, specialising in interviews and investigations, spending extended periods on programmes such as Newsnight and Panorama.

His first job was as a researcher on the investigative documentary series Rough Justice, while his most recent staff job was as Deputy Editor of the 2010 BBC Prime Ministerial Debate. He then went freelance and has since worked for Channel 4, Sky and ITN.

Richard has coordinated Channel 4’s investigative journalism training scheme for the past six years and has also been the BBC’s Advanced Legal Trainer for the past nine years.

He continues to work on live political programmes. He has produced interviews with just about every leader of a main UK political party since 2000 and has worked on TV coverage of the past five general elections.

He was part of teams that won two Royal Television Society Awards and a New York Festivals medal.

Yuen Chan was appointed by City earlier this year as a Senior Lecturer. She teaches on the MA International Journalism course. 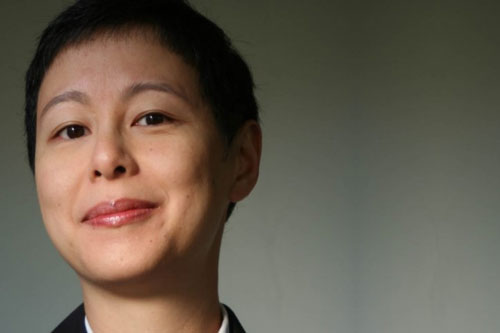 Prior to this, she was Senior Lecturer at the School of Journalism and Communication at the Chinese University of Hong Kong, where she oversaw the school’s English language journalism practicum. She was also Assistant Dean (Communication) for the institution's Faculty of Social Science.

Before teaching, Yuen (pictured) worked for more than 15 years as a journalist, columnist, anchor and presenter for English print, television and radio news in Hong Kong, and as a correspondent based first in Shanghai and subsequently Beijing.

She has produced work for the BBC World Service, CBC, ABC Radio National, KQED and CNN International, among others.

Glyn Mottershead is an educator, journalist and trainer with more than 20 years’ experience across newsrooms and training courses.

He is a former local and regional journalist with experience across a range of fields from court and crime reporting to newspaper and magazine production.

He joined City, University of London in June to develop data journalism skills on courses across the School of Journalism.

He is also co-chair of the European Data and Computational Journalism Conference. Now in its third year, the conference sees practitioners and academics from across Europe meet to discuss ideas and talk about the implications of data in the newsroom and for news audiences.

He is a co-author of the 21st Century Journalism Handbook and a number of papers looking at how the media uses social media.

Glyn’s research interests focus on the intersection of journalism and technology – particularly those that can be used to hold authority to account and communicate those ideas clearly and effectively.

He also researches around journalism education and the implications of newsroom technologies on those looking to enter the industry.