Pitch Perfect: strategic language use maximises the chances of influencing an audience

For even the most stoic entrepreneur, facing a panel of potential investors can be like walking onto the set of ‘Dragon’s Den’.

But a new study, co-authored by Cass Business School academic Dr Ruben van Werven, suggests there are ways to connect with even the most imposing investors.

The study, published in the International Small Business Journal, analysed the language used by entrepreneurs at an Amsterdam-based business incubator and has determined four interconnected language strategies found in the most influential pitches.

Let the audience complete the picture of the future

The study found that entrepreneurs who successfully influenced their audience often implied a point without actually making it when talking about the future; they encouraged their audience to fill in the blanks.

“The audience becomes engaged, they start becoming a part of the argument, they actually even complete it, so they’re more likely to be convinced by it,” Dr van Werven said.

“Entrepreneurs would say ‘In my market, globally, 90-billion dollars is earned every single year’ and that’s all they said.

“In itself that doesn’t mean anything and has no implications for the success of their business, but what they’re hoping is that investors would think ‘Wow, that’s a big number. If this company is going to do well they might become very profitable’.”

Present the imagined future as a reality

The study found entrepreneurs whose pitches are well received by investors most often present their idea as if it already exists, even when the venture is only in the idea phase. 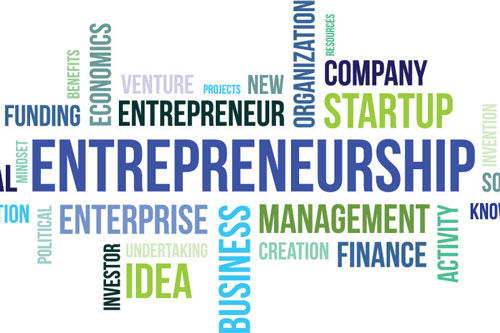 The researchers’ findings suggest that by presenting an idea or venture in the present tense entrepreneurs take away its sense of novelty and remove the audience’s impression that it is yet to exist.

“In our paper we call it a logical time gap, which basically refers to the idea that if someone pitches an idea to you and you start thinking about how it plays out in the future, then these things don’t match because you don’t know what the future looks like,” Dr van Werven said.

“But if you talk about the future in terms of the present, both the evidence and the claim are in the same time and space.

“This can make the audience feel more secure, it helps them imagine that the idea being pitched is real.”

Dr van Werven said these first two strategies are important when pitching an idea because they help entrepreneurs sell something that does not actually exist.

But to avoid being perceived as vague, influential entrepreneurs also incorporate a clear understanding of the current situation into their pitches and back them up with data, as detailed in the third and fourth linguistic strategies.

Be explicit about the current situation

Most of the entrepreneurs studied made explicit claims about the present state of their target market and established links between their idea and its benefits for that market.

Dr van Werven said presenting information about the current state of affairs shows knowledge and expertise, and increases the chances of the idea resonating with the audience.

“If you’re really clear and explicit about the market, the customers and any current problems or gaps then your audience will believe that you’re an expert and that you’ve got it covered,” he said.

Support your idea with data

“For example, a gaming entrepreneur one week said there were 300 million gamers like the ones he meant to address, then the next week he said there were 1.2 billion of them,” Dr van Werven said.

“These numbers were both taken from research reports but, in the second instance, he picked the data that made his argument most convincing.”

Dr van Werven said the language strategies outlined in the study could be used by anyone pitching a new project, whether an entrepreneur pursuing investment, a manager proposing a new product, or an architect selling a new design, the language used when pitching the idea can be key to success.

“It’s important to note that none of these strategies are about lying — it’s just imagining that things that are yet to happen are already real and then being selective in the data you use to support your points,” he said.