Anisa Holmes, (MA Interactive Journalism), was one of five winners at the Visualise 2030 competition. 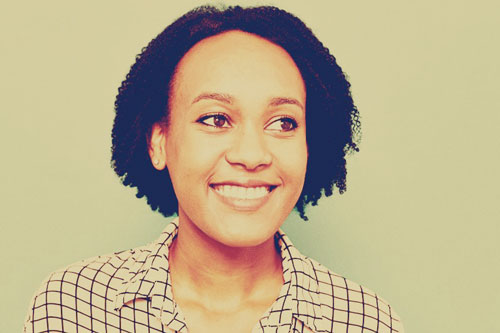 The competition which was organised in collaboration between The World Bank, United Nations Foundation, and the Global Partnership for Sustainable Development Data, challenged students to creatively use data to solve the world’s most pressing problems.

Each project had to include two of the United Nations’ 17 Sustainable Development Goals which were set in 2015 and vary from establishing gender equality to maintaining affordable and clean energy.

Anisa was the only winner from a UK university and her project focused on the relationship between increased female participation with reduced corruption in the Rwandan government.

Anisa said: “I focused my research on women in government as I was initially inspired by the record number of women elected to Congress in the US and what that might mean for the future.

“From that starting point, I looked through the UN and World Bank datasets and decided to tell a story related to the positive impact women in government can have on a nation when it comes to reducing corruption.

“From my course at City, I've learned how to frame my arguments more clearly and succinctly, which is vital for storytelling. Being able to sniff out a strong story and craft a cohesive narrative are other skills I've been learning this year. This set of tools really helped me with my submission.”

Anisa’s research found that there is a strong link between having women in government and low levels of corruption. Speaking on what needs to be done to ensure more gender representation Anisa said:

“A good starting point would be to implement gender quotas in parliaments. This has worked to great effect in Rwanda, Costa Rica, Iceland and other countries.

“Additionally, removing financial and structural barriers to entry for political participation is paramount, as women are often at a disadvantage when it comes entering the world of politics. This could include straightforward measures like placing limitations on campaign expenditures and providing more government sponsored opportunities for women in politics.

“On a more general level, actions like promoting education for girls, strengthening laws that protect women's property, protection against workplace discrimination, and maternity leave and childcare support are also helpful.”