City research is improving lives in the Capital

City research projects are making positive impacts on infrastructure and the lives of young Londoners according to a higher education initiative.

Three research projects from City, University of London have been included in London Higher’s Impact catalogue – a report celebrating the positive contributions that universities make to the UK and more specifically London.

London Higher is a not-for-profit charity representing nearly 50 universities and higher education colleges, aiming to identify the opportunities and challenges of working in the Capital.

The catalogue was launched at an event titled ‘Impacting London – What London’s Universities do for London’, which took place in the Atlee Room at the House of Lords.

The three City projects featured in the catalogue include work to protect London’s tallest buildings from climate change, the development of sensors to monitor critically ill patients in the city’s hospitals and expertise in food policy which is at the forefront of the fight against child obesity in the Capital.

Titled as the financial, cultural and business Capital of Europe, it is no surprise that London plays home to more skyscrapers than any other city in Europe.

Another 510 tall towers – all more than 20 storeys high, are planned for London during the next decade.

However, slender, tall buildings become susceptible to wind-induced vibrations which can cause seasickness to building occupants, even under moderate wind intensity.

With Climate Change proposing a real threat to tall buildings, such effects increase the risk of downtime due to loss of building functionality incurring potentially significant lifecycle losses to building users and owners.

To safeguard London’s buildings from Climate Change and stronger winds, Senior Lecturer in Structural Engineering, Dr Agathoklis Giaralis’ suggests that skyscrapers could be built with technology found in Formula 1 cars.

Currently tall buildings use ‘tuned mass dampers’ (TMDs), a large pendulum placed at the top of a structure absorbing kinetic energy from the building’s movement, counteracting strong winds or earthquakes.

Dr Giaralis proposes that the current TMDs, which cost up to £3 million and on average weigh more than 300 tons and up to 1000 tons, are combined with an inerter device which is found in suspension systems of Formula 1 cars. It ensures drivers comfort and handling, and could be used to reduce shaking of buildings caused by from heavy-winds, enabling ever-more slender structures that meet occupants comfort requirements.

Researchers at City’s Biomedical Research Centre have developed optical and fibre optic sensors that allow doctors to monitor the oxygenation of blood in specific organs or tissues within the body, paving the way for very sick patients to receive more reliable and appropriate treatment.

The new sensors can be applied through non-invasive or semi-invasive procedures to specific organs such as the oesophagus, bowel, liver, colon, as well as the scalp in new-borns, to directly monitor the wellbeing of certain organs, tissues or other parts of the body. 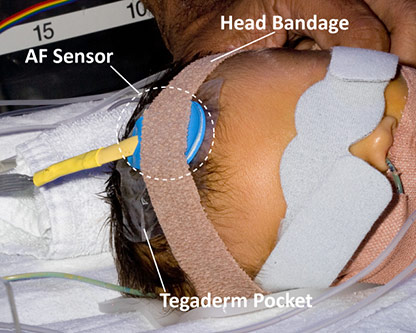 The research is led by Professor Panicos Kyriacou and his team, with all sensors and instrumentation designed and fabricated at City's Biomedical Research Centre.

Following clinical trials at the collaborating hospitals these new sensors have already benefited a large number of patients, including children and babies. Better monitoring of patients has meant improved diagnoses and resulting treatment, better peace of mind for patients and, in the case of babies and their parents.

The work has also pushed the limits of current design capabilities for optical and fibre optic sensors, and with these sensors still in use within the NHS, clinicians have said equivalent commercial medical devices do not yet exist.

Fighting child obesity in the Capital

Nearly 40 per cent of children aged 10 and 11 in London are classed as overweight or obese. In adulthood, London has higher rates of obesity compared to other global cities like New York, Sydney, Paris and Madrid.

The rise of childhood obesity also shows a disparaging gap affecting poorer communities, where children from deprived backgrounds are more likely to grow up obese.

These are the challenges facing Professor Corinna Hawkes, Vice-Chair of Mayor of London, Sadiq Khan’s Child Obesity Task Force and Director of the Centre for Food Policy at City. Their aim is to halve the percentage of children who are overweight at the start of primary school and obese at the end of primary school, and bridge the obesity gap in underprivileged and privileged communities by 2030.

In November 2019, the Task Force published ‘Every Child a Healthy Weight’, setting out 10 ambitions to ensure a healthier London.

On a national scale, the Centre has also produced research estimating that 8 million people in the UK and 1 million people in London are living in ‘food poverty.’ As part of the Centre, Professor Martin Caraher highlighted in a paper to an All Parliamentary Groups on Food Poverty that surplus food given to food banks is not a way to address hunger or a person’s rights to nutritional food.