Academics from City, University of London among signatories of letter published in The Times

Following a Mail on Sunday article this weekend, in which UK Prime Minister Boris Johnson set out his plan to restore the Conservative Party’s reputation as the party of law and order by extending police stop-and-search powers, a host of British criminology academics have now urged the government to base its policies on evidence rather than political rhetoric.

In a letter to The Times today, Dr Emmeline Taylor (pictured), a Reader in Criminology at City, University of London, and Professor Jonathan Jackson from the London School of Economics, have gathered signatures from over 30 leading criminology academics to ask the Prime Minister not to trivialise scientific evidence. 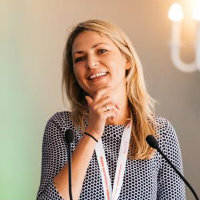 The letter, which can be read in full (with a Times subscription) at this link, says: “As criminologists who work a great deal with the government, we find it of little reassurance that Boris Johnson claims to recognise the need for stop and search to be conducted ‘courteously’ and ‘in accordance with the law’.

The academics stress that they draw upon a large body of scientific evidence which consistently shows that stop-and-search is ineffective and carries a significant social cost, such as the damage it causes to the public’s trust in justice.

The letter adds: “By dismissing evidence and fact as the ‘howl’ of ‘left-wing criminologists’, the prime minister tries to politicise academic rigour. Attempting to trivialise established facts as ‘left-wing’ is antithetical to an evidence-based approach to policing and criminal justice."

“Far from being ‘thugs’, most people stopped and searched are and always have been innocent of any crime."

Along with Dr Taylor, the other City academics to sign the letter were: Dr Gemma Birkett, Dr Katrin Hohl, Professor Eugene McLaughlin and Dr Carrie-Anne Myers.