Professors Anastasia Nesvetailova and Inderjeet Parmar from the Department of International Politics have been conferred as Fellows of the Academy of Social Sciences (AcSS), along with 71 other leading social scientists.

The AcSS said that the new Fellows "have been recognised after an extensive peer review process for the excellence and impact of their work through the use of social science for public benefit".

Dean of School Professor Chris Greer, who was himself made a Fellow last year, said: “I’m delighted that Professors Anastasia Nesvetailova and Inderjeet Parmar from the Department of International Politics have been elected Fellows of the Academy of Social Sciences.

“The conferment of this is award is a clear marker of the significant contributions Professors Nesvetailova and Parmar have made in their respective fields and is richly deserved.”

Reaction from the new Fellows

The prestigious award of Fellow would typically not be conferred by the AcSS until the person being nominated is in at least mid-career, with significant achievements to their name, having contributed to thought leadership, practical application or policy development in social science more broadly than the normal demands of their job.

Professor Nesvetailova (pictured above) said: “I am honoured to be able to join the outstanding social scientists of the Academy, and delighted to note that the discipline of International Political Economy is now so widely recognised.”

Professor Parmar (pictured below), head of City’s Department of International Politics, said: "I'm delighted for Professor Anastasia Nesvetailova, the Department and the School of Arts & Social Sciences as a whole for the recognition this bestows.

“It is especially significant given the relatively recent formation of the International Politics department, which is clearly going from strength to strength.

“It is, of course, personally pleasing to be honoured in this way by the Academy of Social Sciences.

“This will only spur us all on to redouble our efforts to continue to build a world-leading centre of social scientific investigation." 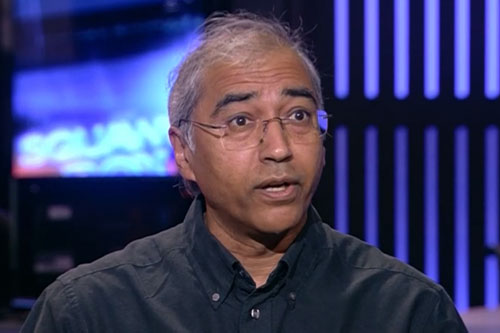 Other academics within City, University of London to have been previously conferred into the AcSS include Professor Chris Greer, Professor James Hampton and Professor Andy Pratt.

The Academy of Social Sciences is the national academy of academics, learned societies and practitioners in the social sciences.

Its mission is to promote social science in the United Kingdom for the public benefit.

Fellows are distinguished scholars and practitioners from academia and the public and private sectors. Most learned societies in the social sciences in the UK are represented within the AcSS.

The Academy also sponsors the Campaign for Social Science, which aims to raise the profile of social science in the public, media and in Parliament.