With City’s tenth Dubai graduation around the corner, we highlight some of the landmark achievements of City’s only offshore campus outside the UK.

1. Established in 2007, City, University of London’s Dubai Centre is based in the DIFC and represents the only offshore physical presence of City outside London. The Centre was set up as an extension of Cass Business School to enable the internationally-acclaimed Cass Executive MBA (EMBA) to be offered in Dubai. Today, the Centre has emerged as a leading provider of quality business education for employers and employees in the MENASA region, where postgraduate students can benefit from the expertise of our world-leading faculty while accessing valuable networking opportunities and career enhancing connections.

2. The Cass EMBA programme was the first of its kind to offer specialist Islamic Finance and Energy modules.

3. In 2010, the Centre expanded its programme offering to include three industry-leading MSc Aviation Management programmes from the School of Mathematics, Computer Science and Engineering (SMCSE). These programmes are approved by the Royal Aeronautical Society.

4. His Highness Sheikh Ahmed bin Saeed Al Maktoum, President of the Dubai Civil Aviation Authority, Chairman of Dubai Airports and Chairman and CEO of Emirates Group, was presented with an honorary degree from City, University of London at the Dubai graduation ceremony in May 2013.

5. During the 2014 Dubai graduation ceremony, Professor Sir Paul Curran presented a letter of commendation to the late His Excellency Abdullah Mohammed Saleh, former Governor of the DIFC, in recognition of his outstanding contribution to the development of financial services in the United Arab Emirates, and his gracious support of City in the MENA region.

6. In 2017, Professor Roy Batchelor, former Course Director of the Cass Executive MBA in Dubai received a service excellence award, to mark his ten years of teaching on the programme.

7. The first ever female Emirati air traffic controller, Nouf Al Afeefi, was among the City students who celebrated their graduation from City’s Dubai Centre in 2017. 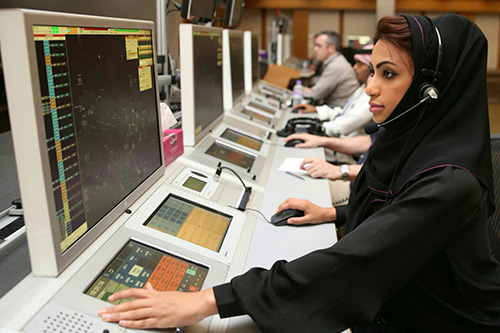 8. A fourth MSc Aviation Management programme (MSc Airport Management) was launched in early 2018. It is supported by the Airports Council International (ACI) World, which means it is recognised globally.

9. In April 2018, the City Law School and the Dubai International Financial Centre (DIFC) Academy of Law announced a joint venture to launch the Gulf region’s first specialised Masters in Maritime Law. The programme commenced in March of this year.

10. The City Law School (CLS), in collaboration with the DIFC Academy of Law (AoL) and Emirates Maritime Arbitration Centre, successfully hosted the first CLS-AoL Dubai Maritime Law Conference in September 2018. The event, attended by more than 75 delegates – including lawyers, shipping professionals and academics – saw maritime legal experts from notable firms in the Gulf congregate to share valuable updates on the shipping industry in the region and beyond.