How to successfully lead in today's complex world

Cliff Oswick is Professor of Organisation Theory and Course Director for the Dubai Executive MBA programme at Cass Business School.  Having joined the School in January 2011, Cliff served as Head of Faculty of Management and Deputy Dean until 2016, helping to steer Cass through a period of exceptional growth.

With more than 27 years' experience, Cliff has held lectureship roles at University of Leicester, King’s College, University of London and Westminster University. Before switching gears to become a full-time academic, Cliff worked as HR manager in local government. It was while he was studying for his Chartered Institute of Personnel Development (CIPD) certification that he discovered his love of teaching. 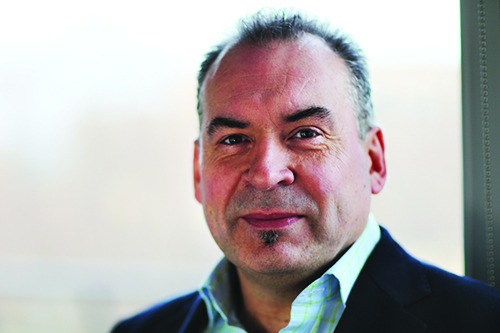 Making a lasting impact on students

"I really enjoyed being in the classroom. I enjoyed the environment and the kind of processes of interaction with my peers the way I never did at school. I decided then that I really wanted to become a lecturer.

Teaching is the perfect balance between selfishness and altruism in the sense that I like to think it’s helping people to develop. Even if you only touch a proportion of the people you meet and help them to think about things in a slightly different way, then you’re having some sort of impact. I am naturally an extroverted person so I enjoy the extroverted nature of teaching, and I like the philanthropic idea that I’m helping other people. Moreover, I really enjoy the introverted, more focused nature of research, so I feel very fortunate and privileged to do what I do.

While serving as Dean of Law and Sciences at Queen Mary University of London, Cliff was headhunted for the role of Head of Faculty and Deputy Dean at Cass. He wasn’t drawn to Cass as much as Cass drew him in, he admits.

“After visiting the School, I was astonished to find that its environment was even more collegial and supportive than the one I was in. So I decided to take up the position.

There are many things I enjoy about working at Cass, but ultimately, the highlight is getting to spend time with some wonderful colleagues on the academic side and in professional services.

On the research side, Cliff focuses on several strands of interests. He researches organisational change, organisational language, the study of rhetoric spin versus reality, how norms are more important than rules, and the importance of culture versus structure.

Equality and diversity are two themes that Cliff has had a long-term interest in, thanks to the ethnically immersive environment he was exposed to while growing up in London.

“As part of my research work, I’ve challenged diversity as a legitimate strategy and argued that what we need is more inclusion and for organisations to reflect the societies that they are embedded in.

“The other area of interest is around intersectionality or double jeopardy type of discrimination. Some of the work I’ve done suggest that one of the major variables in all forms of bias is class-based. For example, if you’re black and working class, you’re going to experience significantly more disadvantage than if you’re black and middle class.”

Cliff’s current research work is focused on issues around hierarchies and networks in the workplace and the idea that power is widely dispersed in an organisation. He believes it is important that organisations are led by people who have the ability to involve and engage employees in the decision-making process.

“Conventional wisdom suggests that we need rock star CEOs and charismatic people who can persuade. In an increasingly complex and connected world, leaders need to be less about making decisions and more about facilitating.  If you look at six decades of social science research, it tells us that groups make better decisions than individuals. It's exactly the same concept in an MBA programme - it’s not about us persuading students what the right answers are, but it’s really about helping them work out what the solutions are for themselves.

When asked about the most crucial leadership lesson he’s learned in his career, Cliff says:

“There are countless lessons but the most important one for me has been to step back and listen, as a leader and a lecturer. I’ve been very tempted in the past to persuade people that my view is the best view, so I’ve had to learn to listen, support and encourage. Part of that process is giving people the space to make mistakes and experiment – that’s the way you can create real engagement.

“If you do fail, look at what can be learnt from it. If you create an environment where failure is not acceptable, then you’ll get less innovation, less engagement and less commitment.”